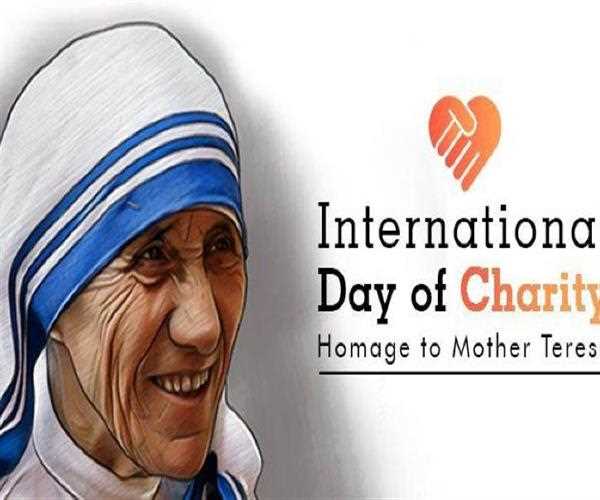 Why Is International Charity Day Celebrated ?

It is said that there is no greater religion than charity. It gives happiness to humans and other creatures and when you give happiness to others, you also get happiness in return. Although there has been a tradition of charity in India for ages, but no special day was made for it.

On 5 September, Mother Teresa's death anniversary is celebrated as International Charity Day. Mother Teresa had made an unprecedented contribution in the field of alleviating poverty from the society, helping the needy people, and alleviating their suffering.

International Charity Day serves to increase social responsibility among all of us, solidarity, and public support for charitable causes. This day is a great opportunity to raise awareness about the charity and provide a platform for charity events to be held globally.

Indeed, it is a great platform for raising awareness of charities and for charity events happening globally. It tells that people should take some time out of their running life and help the needy people so that their standard of living also improves.

Mother Teresa was a Roman Catholic nun who voluntarily took citizenship of India in the year 1948. She founded the Missionaries of Charity in Kolkata in 1950 and for years he helped the poor, the sick, the orphans and the dying.

She was later named as Teresa, the Saint of Calcutta by the Roman Catholic Church. Not only this, but he was also awarded the Nobel Peace Prize in 1979 and the Bharat Ratna, India's highest civilian honor in 1980. She died of a heart attack on 5 September 1997.

On this day the United Nations invites all member states, various organizations and businesses, and all of us citizens to celebrate International Charity Day by contributing to donations in any way. To further the importance of the United Nations charity, the charity encourages charity, driving education and awareness-raising activities.