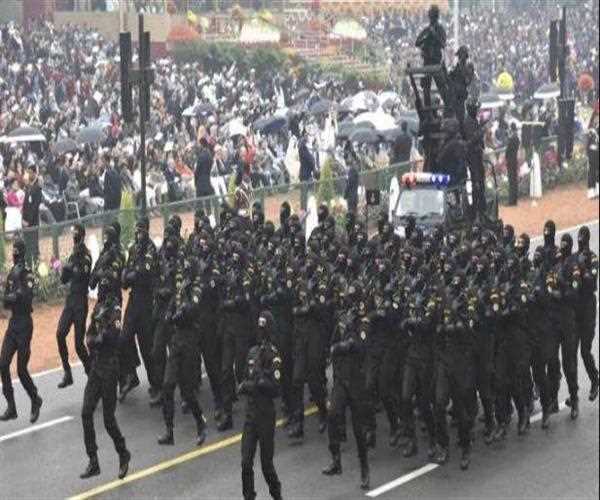 In the month of June this year, Indo-China forces are face to face after Galvan in Ladakh. But this time, China has not chosen Galvan for the confrontation but the Chushul area of ​​Ladakh.

This attempt by India to infiltrate China has been thwarted. The Special Frontier Force (SFF) unit, also known as the Vikas Battalion, is under discussion in this matter.

The Development Battalion has an important role in maintaining important parts of Indian control along the Line of Actual Control of India China.

The Special Frontier Force was formed in the year 1962 immediately after the India-China war. Tibetans were recruited mainly in this force, but now include both Gurkhas and Tibetans.

At that time it was named Establishment 22. It was built by Major General Sujan Singh Ubhan, who was the artillery officer of the commanded 22 Mount Regiment. He then named this group after his regiment.

The group was later renamed the Special Frontiers Force, now under the Cabinet Secretariat, where it is headed by an Inspector General, a military officer of the rank of Major Journal. The units of SSF are called development battalions.

A strange thing seems, but it is true that SFF is not a part of the Indian Army, but she works in the Army's Operation Control. Its rank structure is completely equivalent to the rank of the army.

Even after not being a part of the army, the soldiers of the SFF Battalion are given special training so that they can carry out any kind of military tasks in their hands which any Special Forces Unit does. It has its own training institute. Women soldiers are also included in this.

The SFF has played an active and successful participation in the Indo-Pakistan War of 1971, Operation Bluestar at the Golden Temple in Amritsar, the Kargil War and many counter-insurgency operations. Apart from this, SFF has also been successful in many confidential works which have not been disclosed.

The most notable contribution of the SFF was to successfully carry out Operation Eagle in the 1971 Indo-Pak war. Which was done in the Chittagong Hills of East Pakistan at that time. In this, the work of the SFF was to make the presence of the Pakistan Army in this area useless so that the Indian Army could move forward.

In this operation, the soldiers of the unit went behind the military line of Pakistan and they destroyed the communication system of the Pak Army. Not only this, the SFF also prevented many Pakistani soldiers from running towards Burma (Myanmar) in the east. Many soldiers of this battalion won many gallantry awards in this war.

The Chinese army tried to infiltrate the Black Top area in the Chushul sector. It was at this place that the Indian Army also clashed with the Chinese soldiers. Which was thwarted by the Indian Army.