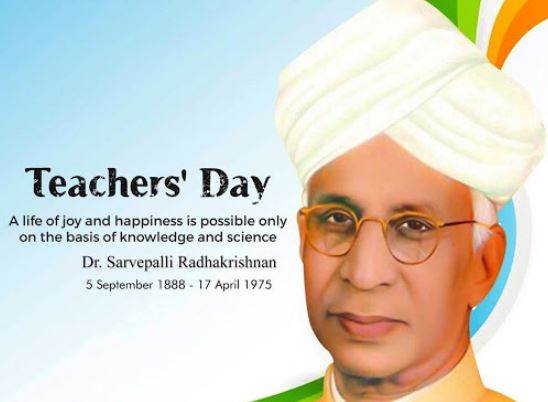 Dr. Sarvepalli Radhakrishnan is considered to be one of the important figures of the twentieth century. He was a great philosopher and a politician. There was an interesting incident in the life of Sarvapalli Radhakrishnan, a man of excellent talent. That incident changed his life.

Often we say that whatever luck does, it does for good. The same happened with Sarvepalli Radhakrishnan. He became a great philosopher but this was not his wish. The person whose schism led the whole country to put his head on eyes. Whose birthday was declared as Teacher's Day.

This was the way for Radhakrishnan's family living in Muflissi to continue their studies. Sarvepalli Radhakrishnan studied philosophy in this way and became a great philosopher.

Dr. Sarvepalli Radhakrishnan became the first Vice President of the country. He got the privilege of becoming the second president. He received the title of Knighthood in 1931. Since 1962, his birthday is being celebrated as Teachers' Day. Every year, on the occasion of Teacher's Day on 5 September, every disciple remembers his Guru, offering his gratitude to him.

Dr. Radhakrishnan was born on 5 September 1888 in a very ordinary family. His father wanted the son not to study English but to become a priest of the temple. But Radhakrishnan's mind seemed to be in studies. He studied Philosophy (Philosophy) at the Christian College in Madras. He was so talented that the University of Chicago invited him to give a speech on comparative theology.

READ HERE MORE : What Is That Nuclear Triad Which China Wants So Badly ?

When he was the President, people asked him for permission to celebrate his birthday, but he refused. He said that if you want to be respected, then do the teachers of the country. Dr. Radhakrishnan always used to say that good people in studies should always become teachers. Therefore, the whole country celebrates his birthday as Teachers' Day.