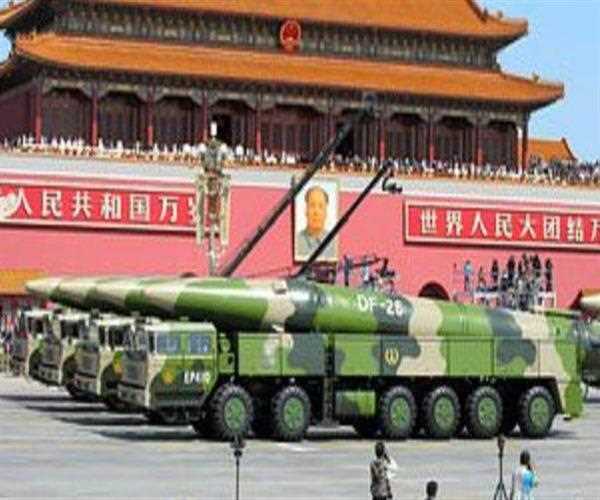 What Is That Nuclear Triad Which China Wants So Badly ?

The Pentagon has made a creepy disclosure about China. According to one of his reports, within the next 10 years, this country will be capable of nuclear attack with water, land, and air.

This is intimidating given China's expansionist and aggressive attitude. Let us know that at present, America and Russia only have the power to carry out  nuclear attacks with these three means. This is called the 'nuclear triad' capability, which China is now moving towards. Know how dangerous it can be.

The Pentagon, presenting its annual report to the US Congress, made a worrying point. According to this, the speed at which China is increasing its military and nuclear capability, it will become the country that can attack any country from water, land or air within at least 10 years.

Right now, the way China is showing its ability to seize or occupy the land, it is considered scary to see China being triad-capable. Let us know that America is constantly talking to China to sign the nuclear weapons control treaty which is already between him and Russia.

The United States and Russia (the then Soviet Union) signed the treaty 31 years ago. This treaty prevents both of them from making such ground-to-surface missiles that are capable of carrying nuclear weapons and with a range of 500 to 5,500 km. Now America is pressuring China to sign it on the one hand and on the other side is also complaining about Russia.

Actually, Russia is making medium-range ballistic missiles even after the treaty. In such a situation, America is afraid that it will be left behind. Or he may be in danger. This is the reason why he is talking of a trilateral arms control agreement between himself and Russia to prevent China from becoming a threat.

A treaty has already been broken between Russia and America regarding nuclear weaponry. The United States blamed Russia for breaking the Intermediate-Range Nuclear Forces treaty, saying that it was constantly making weapons secretly. And in this way, this treaty had no meaning.

Now let's talk about the triad power that America and Russia have, and China is also moving towards it. According to the 2019 report of Stockholm's International Peace Research Institute, Sipri, Russia still tops the list of most nuclear weapons rich countries. He has 6375 nuclear bombs. America has 5800 bombs.

After this, China's number comes. According to Sipri, he has 320 nuclear weapons. However, there are many differences regarding these numbers and different institutions have different say.

The aim of China is to make the People's Liberation Army the strongest military force in the world by 2050. Here the world-class army means the army that can show its strength from any part of the world and through any means.

fOn the interruption of America here, China says that when America itself has many times more nuclear power than that, then it does not have the right to stop China. But the way China is making its claim on the countries and even the South China Sea, in such a situation now European countries have come with America that China will have to stop making nuclear weapons.