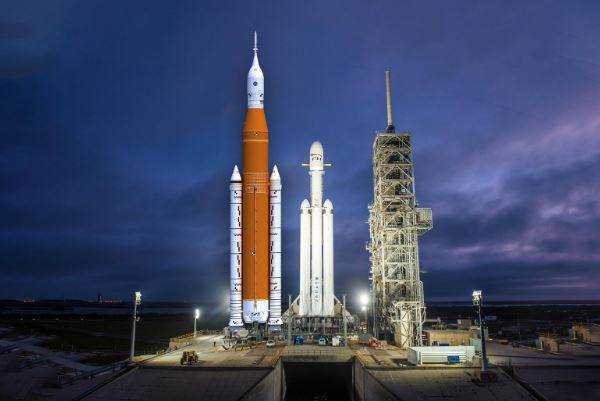 Why NASA's SLS Rocket Is So Special ?

NASA has conducted an important test for future Artemis Missions for the Moon. NASA has successfully tested an entire capacity booster for its Space Launch System (SLS) rocket. NASA and Northman Grumman, the major contractor for SLS boosters for NASA, conducted the test.

NASA says that NASA and Northrop Grumman will now evaluate its motor's performance and its test data. Along with this, there has also been an investigation to include new substances and processes in future boosters.

The SLS rocket boosters were thoroughly tested in northern Utah on Wednesday. Now engineers are engaged in reviewing 300 channels of its data. At the Northrop Groopman, Vice President of Propulsion Systems Charlie Precourt confirmed that the test was a complete success.

Two of these large boosters weighing 1.6 million pounds will handle 75 percent of the SLS rocket's thrust for the first two minutes of the flight. The powdered solid fuel will be filled in five parts which will be burnt at the time of launch. Northrop has already prepared 26 to 30 such parts for NASA's first three SLS rocket launches.

The most important reason for this test was that the supplier supplying aluminum-based fuel to Northrop was no longer in a position to forward it. That is why it was necessary for Northrop to ensure that the new supplier could provide solid fuel for future SLS rocket launches.

Notwithstanding this test, NASA will continue to launch SLS rockets till the year 2021. Boosters have already reached Florida for that flight.Now the critical test of the rocket's core stage is to be held in Mississippi before this winter season.

These solid rocket boosters date back to the space shuttle when they gave energy to the vehicle. But the new boosters have been modernized. Their electronic systems have become even more advanced and they have become more powerful with the addition of a fifth part.

NASA Administrator Jim Bridenstine says that the introduction of the first woman and the next male on the moon is just the beginning of NASA's Artemis program. Boosters firing SLS flights are an important part of making Moon's missions a success.

NASA's goal is to learn what it can learn while living and working on the moon so that it can be used to send humans to Mars.

Space Science and Technology
27 days ago