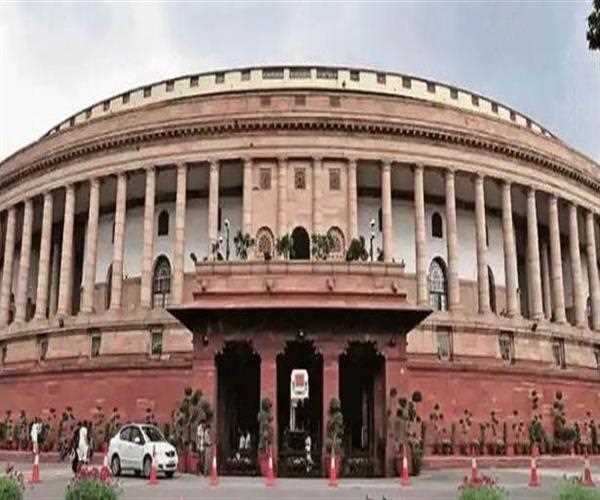 A controversy erupted between the Corona epidemic with notification of the monsoon session of Parliament starting on 14 September. This brief session is being called in crisis situations and the spirit of completing the urgent work as soon as possible while ensuring the safety of all MPs and staff is paramount.

So this time some changes have been made in the timetable of Parliament, including the proposal to end the Question Hour. It is but natural for many opposition leaders to react against it.

It was said on behalf of the government that before the notification was issued by the Lok Sabha and Rajya Sabha secretariats on Wednesday, they had consulted the leaders of all the big and small parties and all except Trinamool Congress leader Derek O'Brien agreed to it.

However, when the notification was issued, opposition MPs objected sharply. In this way, the Question Hour of Parliament gives every MP such a right to question the activities of the government, which no one would want to leave.

Question hour can be called the soul of the parliamentary system. In Parliament, most of the time the debate on the party line goes on, but the scene is different in the Question Hour.

During this time, the party line is also often blurred. Whenever the government gets very rough when it is surrounded by the questions of its own MPs.

This tradition of questioning the government and fixing its responsibility represents the era of parliamentary democracy when MPs elected not on a party ticket but on their own and decided their side after reaching Parliament.

Political parties emerged and strengthened during the long journey of democracy. There has been researching on how much he has benefited the democratic consciousness and processes and on which aspects weakened it, but it is difficult for us to imagine independent democracy even today.

However, there is no intelligence in reducing the opportunities that are currently available to rise above the party in the form of question hour to investigate the government's actions. It is a good thing that the government has suggested to the Speaker of Lok Sabha and Rajya Sabha Speaker to have half an hour of question hour in the monsoon session and take questions with non-starred answers in it. This is not enough, yet it will save the monsoon session from suffering a deep scar.