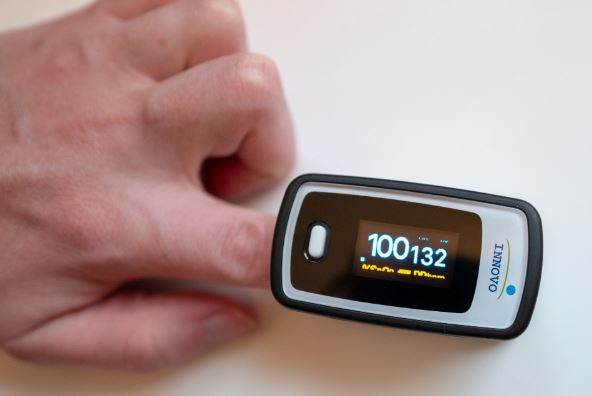 Some corona-infected people have dangerously low oxygen levels in their blood and have little idea that their lives are in danger. Since they have no trouble breathing, they do not feel that their condition can be serious.

This type of incident is causing concern among physicians, as emergency medical care is required to protect such patients. Such fever is more common when it is reduced (between seven and nine days).

This is seen in patients with no co-morbid conditions. Timely detection of hypoxia can prevent death. Such patients can be awake, alert, and happy despite low oxygen levels; This is called happy hypoxia or low oxygen saturation. An average healthy young person (male or female) will have an oxygen level of 99 to 97 percent.

Generally, hypoxia leads to increased carbon dioxide levels and the person is irritable. But in hypoxia in covid patients, the level of carbon dioxide may be normalized as lung flexibility returns to normal.

If oxygen levels fall more than four on walking or talking, this is the first sign of hypoxia, so oxygen therapy should be started at home. Regular blood tests such as TLC, DLC and ESR indicate this.

Increased ESR, CRP levels are a sign of inflammation in the body. The level of oxygen saturation is important; The oximeter can help detect if hypoxia is present, which may be a silent killer.

Lack of oxygen may not be immediately apparent, as the virus attacks the lungs in such a way that the patient gradually obtains the least oxygen over time. To compensate for this, people take rapid and deep breaths, and some symptoms of pneumonia are seen from changes in respiration.

These fast, deep breaths can actually damage the lungs. The virus may have a greater effect on these patients, as they breathe harder. This difficulty in breathing is a sign of inflammation in the lungs, which deprives the body parts of sufficient oxygen.

Experts point out that the lungs in Kovid-19 initially remain 'soft', meaning that the fluid has not yet hardened or heavy, so they are able to release carbon dioxide, although their ability to provide oxygen to the body Efficiency is reduced.

The formation of carbon dioxide makes patients sluggish or unconscious. Early diagnosis of oxygen deficiency is to provide oxygen to the patient immediately and lie down on the stomach, which may reduce the need for ventilators.

If one has a general case of Kovid and is self-healing at home, an oximeter can be a helpful tool to check for oxygen, so that low oxygen levels can be detected early.

This device passes through the light rays in the blood in the fingers and calculates oxygen saturation based on light absorption by hemoglobin. It is advisable to consult a doctor if the reading is in a low range, as incorrect positives or incorrect negatives can also be calculated.

Lack of oxygen in the blood can occur in many situations - suffocation, respiratory tract obstruction, infections such as pneumonia, lung cancer, respiratory absorption of toxic chemicals, heart attacks or heart attacks, allergic reactions, general anesthesia and sleeping inhalation. -Instruction etc. It is not a substitute for medical advice, nor can it diagnose Covid.