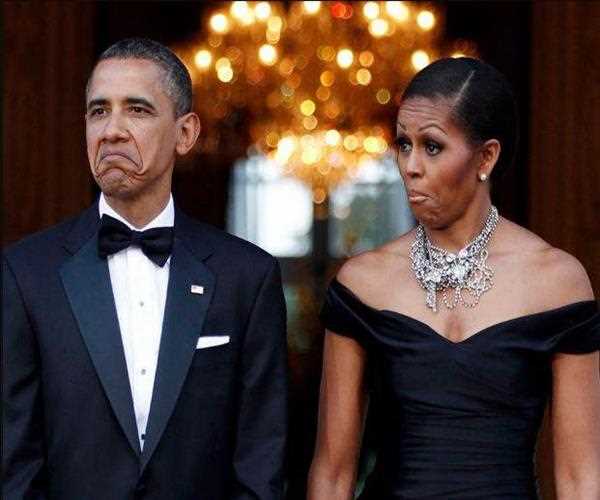 Former US President Barack Obama has a birthday on September 04. He was born in the Hawaiian Islands in 1961. Barack Obama was the first black president of America.

He took command of America on behalf of the Democratic Party for 10 years. Even today they are very popular in America. Let's know how the love story of Michelle and Barack Obama started.

The story of Barack Obama and his wife Michelle, the president of the world's most powerful country, was no less than the story of a film. The two met during college and then friendship, love and marriage. Today, even after so many years, their love remains intact.

Obama of Romantic Nature tried to date Michelle several times, but Michelle did not always. Obama proposed to Michelle for a wedding in a very romantic way, giving him the ring on his knees.

Michele said yes to the marriage and they were married three years later in 1992. Michelle was very active in politics since student life. Especially his views on apartheid were quite revolutionary.

After almost 3 years of marriage, Michelle gave birth to a loving daughter, Malia Obama. As a parent, Michelle and Obama's lives were undergoing a change.

After this, on July 10, 2001, Michelle gave birth to a second daughter, Natasha Obama. Barack loves his two daughters a lot, he believes that both of his daughters will become self-respecting, combative women like his wife Michelle.

The biggest change in the life of the Obama couple came in 2004 when Barack was elected to the US Senate. He was a senator from Illinois State for years. The entry of politics into his life brought the family with him to the center of the media.

In the changing life, the second achievement for Barack Obama was to be elected as the US President for the second consecutive time. In 2012, Barack became the second US President, while Michelle appeared as an advocate for health services.

The role of his wife Michelle in Obama's life can be gauged from the fact that once Obama said - If Michelle does not tell him that he does not have to fight for the President's chair, then he will never be in the election Don't fight

In an interview, Michelle had said that Obama is still very romantic. Whenever they get time, they give time to their family. This is the reason why Michelle stays with him on most of Obama's foreign trips.

Barack is now busy from lecturing to home production after retiring as President. His popularity in America remains intact. The number of his followers on Twitter has been continuously increasing. He is supporting Ripblin Biden in the upcoming US elections.