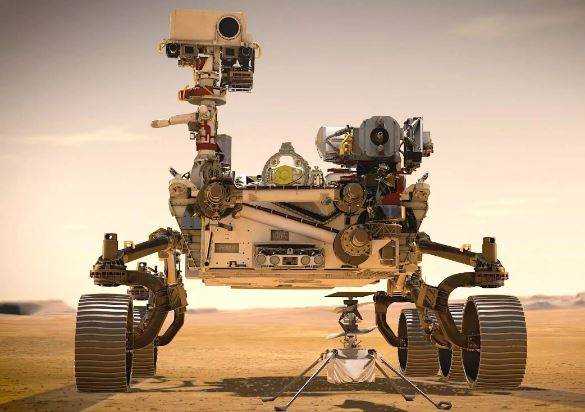 A team of Indian-origin scientists for NASA has developed Light and Quick-charged Batteries in the US. The special thing about these batteries is that they are very suitable for spacesuits and even they are suitable for Mars Rover and can charge from.

Shailendra Chiluwal of the Clemson Nanomaterials Institute at Clemson University, South Carolina, Navraj Sapkota, Apparao M. Rao and Ramakrishna Podila were members of the team that made the batteries.

Encouraged by this discovery, Padilla, an assistant professor in the Department of Physics and Astronomy of the College of Science, says that these new revolutionary batteries could soon be used in US satellites. Most satellites take their energy from the Sun but satellites also need to conserve energy when they pass through the Earth's shadow and are not able to take energy from the Sun at that time.

The more light batteries to be made, the cost of the campaign also increases as the weight of the satellite increases. NASA was funded for this research, which has been published in the American Chemical Society Darns Applied Materials and Interfaces.

To understand this discovery one would have to imagine graphite annotated cards in a Lethian battery in which each card displays a layer of graphite that keeps the charge intact while no electricity is needed. Podila said that the problem is that graphite cannot accumulate much charge.

For this, the team chose silicon for its work, which can store more charge. This meant that more energy could be stored in light cells. Instead of graphite cards, the researchers used layers of carbon nanotube material called buckypaper in new batteries between which silicon nanoparticles were placed.

Freestanding sheets of carbon nanotubes electrically connect silicon nanoparticles. In this way, the use of silicon and other nanomaterials not only increased the capacity of the battery but it also gave the ability to charge the batteries with more electricity, which meant that the battery could be charged quickly.

Anyone who has seen their cellphone shut down in the middle of their phone call will know the importance of this feature for battery technology. Fast-charging light batteries will prove to be a boon not only for astronauts wearing battery-powered suits, but also for scientists and engineers who carry them to space.

Silicon as an anode of silicon in lithium-ion batteries is like a 'cup of holy nectar' for researchers. Rao told that new batteries will soon be installed in electric vehicles. Podila says that his team's next goal is to meet industrial partners and convert this lab-based technology into market-useful technology.

Space Science and Technology
16 days ago

Space Science and Technology
26 days ago