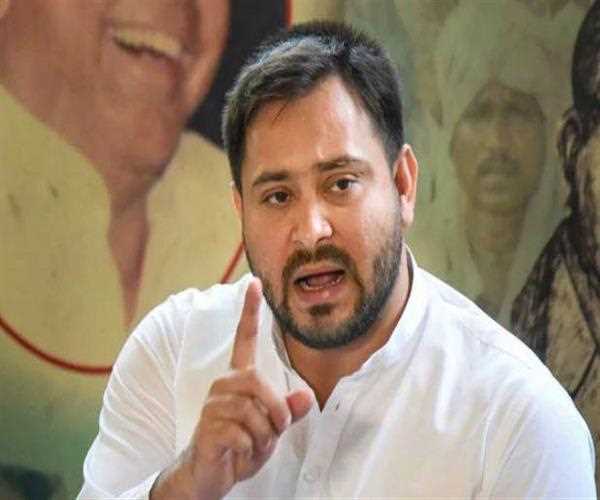 Is Tejashwi Yadav Ready To Become Next Bihar CM?

Preparations have started for the Bihar Assembly elections. The Election Commission has also issued guidelines and it is believed that dates can be announced soon. Because the Supreme Court has also clearly said that the election cannot be postponed due to Corona infection.

However, there is a contest between the NDA and the Grand Alliance in the Bihar Assembly elections. Chief Minister Nitish Kumar is already declared face by NDA. But RJD is calling Jahan Tejashwi Yadav a contender for this post. But it has not yet been formally announced by the Grand Alliance.

Like the NDA, there is a tussle over seat-sharing in the Grand Alliance. Not only this, but many big leaders are also often seen angry in RJD too.

He started about Tejaswi Yadav's political journey so far from 2009 and was elected MLA from Raghopur Assembly seat in 2015 elections. Nitish Kumar's party JDU was also included in the grand alliance in this election. Tejashwi Yadav got 91236 votes.

He defeated his nearest rival Satish Kumar of BJP. Satish Kumar received 68503 votes. BJP was defeated in this election. Nitish Kumar Chief Minister and Tejashwi Yadav were also made Cabinet Ministers and were given the responsibility of the post of Deputy Chief Minister.

Tejashwi, the younger son of Lalu Prasad Yadav, the pioneer of Bihar politics, wanted to become a cricketer at one time. He has also played first-class cricket.

Tejashwi, who studied till the 9th, later became more political. The fiery English-speaking Tejashwi, however, does not make charismatic speeches like his father Lalu Prasad. This is also his biggest weakness. His speeches do not show the charm that is seen in the speeches of RJD supremo Lalu Prasad Yadav.

Another problem facing Tejashwi Yadav is that he has so far failed to create an atmosphere against Nitish Kumar on local issues. In the past year, whether there is a problem of waterlogging in Patna or the corona crisis this year, their opposition has been limited to Twitter till now.

Challenges before Tejashwi in this election :

-Due to dissatisfaction in the party in ticket sharing

-The strong digital strategy of the election campaign

-Election strategy for unemployment arising out of Corona crisis