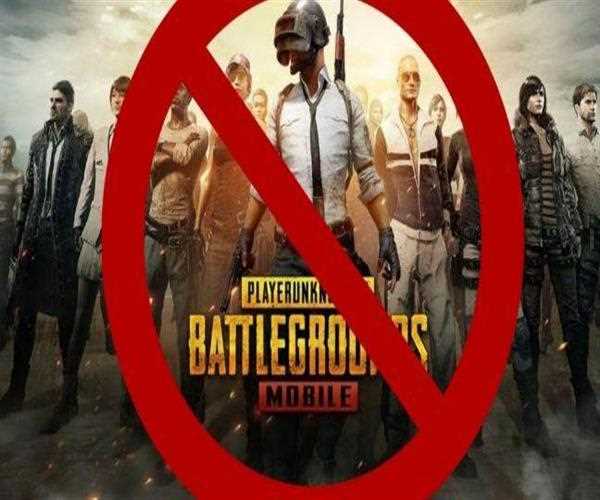 The central government has banned 118 Chinese mobile applications including PUBG . Earlier, the Ministry of Information and Technology had banned 59 apps in China including TikTok, Halo, WeChat, UC News.

On Wednesday, the ministry banned 118 Chinese apps, including PUBG, and said that a ban has been imposed using Sovereign powers and under Section 69A of the Information Technology Act.

Now the use of these apps has become illegal. In such a situation, if there are restricted apps in your mobile phone, then delete it immediately or else you may have to suffer big loss.

Technical experts say that even after being banned, these apps will be present in your phone. So you have to delete them yourself. It was also seen earlier that when TikTok was banned, some people had found different jugaads to use it.

Somebody was downloading it from the APK file, while someone was trying to access the app through VPN. However, most of the methods were not working. Meanwhile, a link to an APK file went viral on WhatsApp, from which TicTalk was being downloaded.

On clicking the file that went viral on WhatsApp, permission was sought to install the unknown app. After getting the permission, there was an option to install TikTok and the app used to work in the phone easily. Using restricted apps in this manner is a big threat.

Please note that whenever a file is not officially available and its apk file is used, then it is not possible to know what modifications have been done in it. It is clear that viruses can easily enter the phone, due to which the private data of the user can be stolen.

Actually, the apk file of Banned Apps is an official version of the official app. It bypasses internet service provider and provides access to ban apps to the user.

Due to this, the user's personal information remains at full risk of being stolen. Understand in simple terms, the use of restricted apps by other means increases the risk of theft of all kinds of information in your phone.

Through the un-official version, your location, contact list, photo gallery, necessary documents in the handset are accessible to the developer of the APK file.

If you have a Chinese app on your smartphone as well and you want to remove it, then the option of Unistall will appear after pressing the app for a few seconds.

Drag and drop the app to the option. The app will be completely removed from your smartphone. However, some apps are integrated into the system, so that they cannot be deleted. In such a situation, you can disable them.

Click on the phone's Settings option to disable it. After that click on apps option. Here you will start seeing all the apps present in your mobile phone. In these, the restricted apps can be disabled or deleted. If the option to un-install comes, tap on it.

After stopping the ministry on Wednesday, it said that many complaints have been received against these apps. These include the misuse of some mobile apps available on the Android and iOS platforms for theft, transmitting users' data to users in an unauthorized manner.

Note that in the notification issued by the Center, according to the information available, these apps are involved in such activities, which are harmful to India's defense, security, sovereignty and integrity. The center said that these apps will not be used in mobile and non-mobile based internet devices as well.