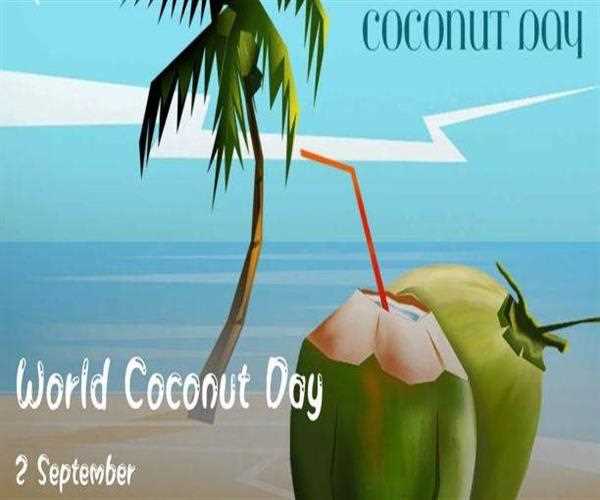 World Coconut Day : Is The Fruit Boon Or Curse ?

Where is coconut oil not used? Whether massaging the head or applying it on cracked lips, or even cooking food, coconut oil is replaced in every home from the kitchen to the bathroom.

In South India and West Bengal, this is a huge need. Coconut is also considered a superfood. However, when Harvard University asked questions on this, it was poisoned, then questions were raised on this research itself. Coconut oil has been used in our country for centuries.

Epidemiologist Karin Michaels of Harvard University's TH Chan School of Public Health described coconut oil as 'pure poison' about three years ago. They said that it is poison. It should not be included in the food at all. Then he repeatedly raised this claim in many places. Actually, this whole research is part of the battle for saturated and unsaturated fat. Which we also need to understand.

It is believed that coconut oil has a significant amount of saturated fat, but it is not a bad thing. It is very healthy. Coconut oil is considered good for frying. It is said that coconut oil does not freeze in the body as easily as other oils, so it is used in food to lose weight.

The Harvard professor dismissed these claims and said that the high proportion of saturated fat in coconut oil increases LDL cholesterol levels. Therefore the risk of cardiovascular disease is high. Coconut oil has more than 80% saturated fat, which is 60% more than the fat in the meat.

Issuing a warning against the inclusion of coconut oil in food, the British Nutrition Foundation said, "There is no scientific evidence that using coconut oil is beneficial for health."

According to Victoria Taylor, Senior Dietician at the British Heart Foundation, coconut oil contains 86 percent saturated fat, which is one-third higher than the saturated fat in butter.

This entire research is based on the battle of saturated and unsaturated fat. Think of it as if it is a battle of desi ghee and expensive refined oil. Desi Ghee has saturated fat and refined unsaturated. Saturated is considered harmful in Western civilization or food. Coconut oil is a part of this campaign running on saturated fat.

Desi ghee and coconut oil are the same for Indians because both are natural but the market of oil emphasizes on procured i.e. unsaturated fat.

Any fat that remains stored at room temperature is saturated fat. Using it in large amounts can be harmful for your health and heart.

There have been allegations that whenever such research is conducted in American or European countries, they are done to sell or market another product under marketing propaganda. This is especially true with medicines.

In the early 20th century, a major epidemic of heart disease occurred in America. People started dying from it. Researchers have found in research that eating saturated fat increases the level of cholesterol in the bloodstream. This was an important discovery at that time, as they also knew that high cholesterol was associated with an increased risk of heart disease.

Now whether it is coconut oil or desi ghee or some other saturated fat. It is very beneficial if used in the right amount i.e. 2 teaspoons daily. If more then it increases cholesterol. This way it is not poison at all.