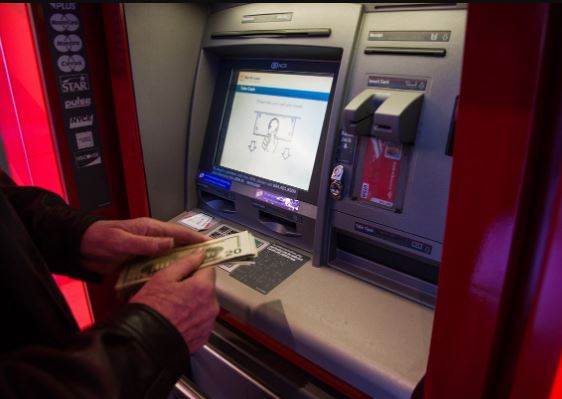 How Much ATM Machine Have Changed Over The Time?

Modern technology has revolutionized every aspect of life. Banking was also not unaffected by the magic of this. One of the most important revolutionary changes in this field is considered to be the use of ATM machine (ATM) i.e. Automated Teller Machine for the people.

ATM was started on 2 September for the use of people for the first time in America. But this machine has changed a lot in the last 50 years.

Barclay Bank's ATM machine, called the De La Rue Automatic Cash System or DACS, was built by John Shepherd Baron's team. In this, paper checks had to be inserted inside for the transaction, which was issued by a teller or cashier. This paper was marked with carbon-14 so that the machine could read this paper. This protection was also implied in this. In later versions, this 6-digit PIN number was replaced.

After this, a machine was created by Speech and Midland Bank using a card instead of a single-use token or voucher that uses a magnetic strip behind it. In this, the use of carbon-14 as well as magnetism was done to prevent fraud.

The idea of ​​keeping the PIN in the card itself was in progress since 1965. After which it ran a lot in the 1970s, but the first use of the modern Atom machine is believed to be the same as the machine of New York on 2 September 1969 in America.

The special thing about this ATM was that when the customer of the bank used to put a card of a particular code in this machine, then only a certain amount would come out of it. It is said that making this machine was not an easy task. The credit for making this first machine among many people goes to Donald Witzel.

Microprocessor-based ATM machines began to become operational in the 70s. This was followed by a hardware security module called Aatla Box named after its inventor. It was a security system in which encrypted pins and ATM messages were kept.

The card had a new PIN verification system. In this, the customer had to enter a code in which the machine converts to another code that goes to the teller. Meanwhile, the machine also read the customer's account number from the card. A similar process continues in ATM machines even today.

The concept of coordination of ATM machines in banks came into force only in 1979. Since then, technology is working to improve it day by day. After this, in the year 2012 itself, Royal Bank Scotland gave such a system that customers can withdraw cash using only six digits obtained on their mobile without a card.

This system has been changing for the past several decades. But most of this change was less affecting the customer directly. In terms of modern computing, the Internet, and network security, every year, technologies have been making the hardware and software of the Atom machine better and more convenient.