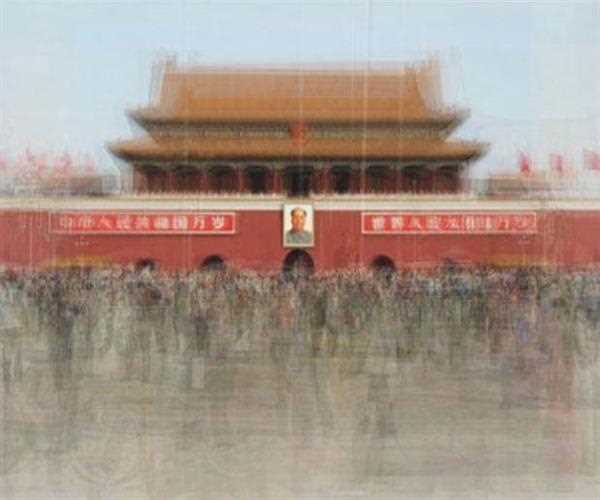 China's Once "Non-Violent" Legacy Is Lost

Such is seen in India, but now it cannot be said in the context of China. If that were the case, it would not have remained a needless battle.

The only difference between the two countries is this. And this is from the last half-century. The time of Confucius and Buddha is one. Lao Xu also happened in the same era. The poets of both countries lived what they said for centuries.

Poets in that era depict the animal violence perpetrated by the people there in the poem in such a way that a long term state of social conscience is created.

Is such a poem bathed with vision no longer needed to be read by China today? Little is known that an important work by the sixth century scholar Paramartha was that he took the Chinese translation of Isvarakrishna's numerology to China with interpretation. Kumarajiv had also done such an important work that he had taken the Chinese translation of Buddhist texts, teachings to China. For whom and why?

So that the Chinese war mentality gives a permanent sense of life? In his great philosophy of understanding life in three thousand years of human civilization, Lao Xu says that a great country is like the bottom of a river or the very bottom of a river, a place where all countries come together, Are one. She is the mother of the world, calm and motherly.

Being peace-loving, she assumes the bottom of the situation. So if a great country humbles and honors itself in front of a small country, it wins the level of friendship and earns the trust of the small country.

READ HERE MORE : Estonia A Country With Free Internet Yet No Cyber Crime

This is the ideological backbone of China. Is there a need to revive it? Is India looking back at its rich ideology? Doesn't an ancient country need to keep doing this again and again for its deep identity, which is its real faith? Does not war or social criticism indicate that faith is no longer on its own? Any country resting in the shadow of its culture needs to come out of the budding rivalries for a peaceful and pleasant present. The meaning of the duality is where there is no longer any room for thought.

Except for a few countries, the whole world remains a ridiculous and unfortunate farce of such a political culmination, the people of that country are drinking directly and daily. Then what happened to the long-standing ideology of a great country? Are we not insulting our own sages or poets? The tradition of the sages, who were called gods, went from India to China.

How can a country be a revival of its ideological backbone? When we say that this country has an ancient tradition, we are referring to that cultural consciousness of that country, in which the basic power to revive itself is contained and marked.

In the seeds contained in the fruits of a great tree, the epic of its next greatness has been written by the inner consciousness of the tree itself, which has to appear only in new forms, the roots of the ancient tree in the name of civilization in which man of the same country Remains bent on cutting.

It is this consciousness that gives ideological transparency to the social and political understanding of the citizens and makes the citizen worthy to remind the nation of its dignity in such a way that it continues to earn the same place in the poems and texts as it has in its tradition.

Even if you read contemporary Chinese stories, you will not be able to live without being overwhelmed and grateful. They do not describe the social lifestyle of eating crab. In the sixties and seventies of the last century, these stories are better than the big stories written in Hindi in our country and give man the strength to get deep into his life river.

Sitting near these stories can easily stay in the deep arrays of life for a long time, initiatives can also be taken to revive the ideological backbone of the country. Eyes can also be mixed with death positioned exactly in front and can be raised above it. Arbitrary adultery can also be deposed.