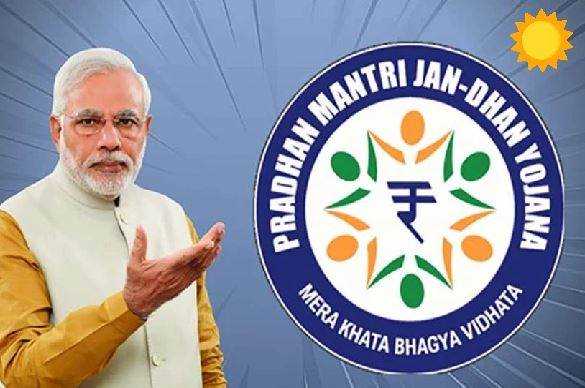 The success of financial inclusion can be gauged from the fact that the benefit of the policies being formulated by the government in this regard is reaching every section of the society, and mainly the people standing on the last rung.

However, the population still living below the poverty line in the country is around 22 percent. But financial inclusion is the major reason for its improvement. The implementation of financial inclusion has improved during the Narendra Modi government.

The reason for this is to bring various financial schemes to the digital platform. Jan Dhan Yojana has played an important role in this.

There were many questions about it in the beginning, but now it seems to be beneficial. About 40 crore accounts were opened under Jan Dhan Yojana, of which 22 crore accounts are in the names of women.

Whether MGNREGA or other financial benefits, subsidy money is now being transferred directly to the central and state governments in these accounts. This has ended the role of middlemen.

With the opening of accounts, crores of beneficiaries of the country are directly taking advantage of government schemes related to financial inclusion. The area of ​​agriculture in the country is seen as silver lining and through various schemes, maximum money is being passed into the hands of farmers.

The impact of the recently announced policies by the Center has also started showing. In the quarter ended June, when economic activity was almost closed due to the epidemic, exports from the agriculture sector registered a 23.24 percent increase. This has brought purchasing power to the rural economy.

Statistics show that there is an increase in demand for two-wheeler and low-cost four-wheelers in rural areas. Under the Jal Jeevan Mission, arrangements are being made to provide clean water from the pipeline to the villagers. All these efforts will also improve the situation of financial inclusion in rural areas of the country.

New areas are also being sought for development in the country. For example, roads are being constructed in coastal areas. This will lead to the development of basic facilities in those areas.

A big plan has been prepared to connect the entire country with the multi-modal connectivity framework, which will connect the rail-road-port.

Poor Kalyan Rojgar Abhiyan has been launched for migrant laborers. The central government is trying to see how the poor section of the country should move forward.

Maximum efforts should be made to reduce income inequality. Its aim will be that the overall development of the country, more and more farmers become prosperous and financially strong so that the speed of the country's economic wheel can be accelerated. All these measures will further improve the state of financial inclusion in the country.

Another aspect in financial inclusion is access to financial literacy among citizens. Our country is far behind in this matter. The common citizen still does not understand the true meaning of bank accounts and insurance schemes. They have no information about the stock market. We are all responsible for this because we have not yet paid very serious attention to this.