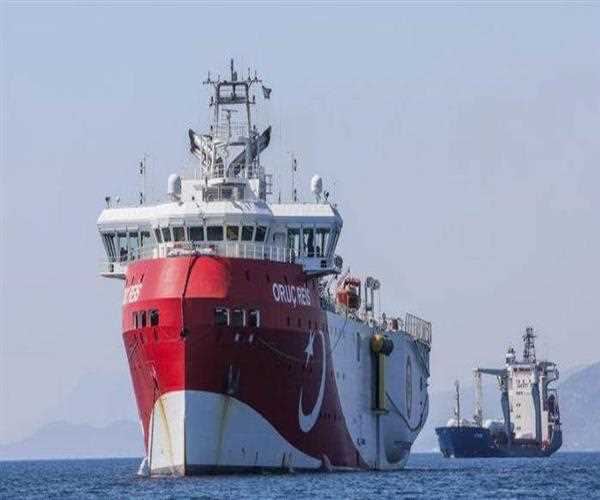 The Boiling Dispute Of Mediterranean Sea

The Gulf region, which had witnessed several rounds of confrontation around oil-related interests, saw a ray of hope after it became a US oil exporter.

It is believed that this region will be able to breathe peacefully due to the kindness of shell oil, not just because of the world's diplomatic maturity.

But in practice, only the pretext of confrontation changed. At present, the issue of natural gas stress in place of oil remains, due to which warships of Turkey and France in the eastern Mediterranean Sea have come face to face.

These two countries are members of NATO, but are getting thirsty for each other's blood due to the complexity of local equations.

Turkey is adamant on pursuing off-shore drilling in the area while France has made it clear that if Turkey starts any such activity in the disputed area it will not remain a silent spectator.

The root of the dispute is three and a half trillion cubic meters (TCM) of gas in the eastern Mediterranean region, with 2.3 TCM clearly in the Economic Interest Zone of Egypt, Israel and Cyprus.

The possibility of bringing its strength to the turmoil facing the financial crisis a century ago is seen only in seizing this gas stock.

It has signed a gas-sharing agreement with the Libyan government and has adopted a strategy to move forward, using its influence over the Turk-dominated northern part of Cyprus. But other countries of the region are ready to stop it.

Greece, Cyprus and Israel signed an agreement to build a 1900-kilometer underwater gas pipeline in January and also built a block with Italy, Jordan and Palestine.

France has applied for membership of this block. The common purpose of all this is to keep Turkey away from the gas here. The two factions also have their own interpretations regarding international laws on maritime affairs.

READ HERE MORE : Who Was Jacob Blake ? Whose Murder Has Put US On Fire

Greece argues that every small and big country has its own drilling right in its maritime boundary and economic zone, while Turkey says that the gas fields of the eastern Mediterranean Sea fall into its continental shelf, any right of any other country there Is not. Turkey and China are among the 15 countries that do not accept the UN Convention on Maritime Laws.

Till now, three to four decades ago, the economic interests of the sea were limited only to fishing and movement of ships. But right now it is grabbing everyone's attention as a source of oil-gas and minerals.

In such a situation, whether it is the Mediterranean Sea or the South China Sea, conditions are getting explosive everywhere. It is good that some well-known sources should be discovered from time to time on maritime interests, otherwise even a small spark will give a big form to any of these conflicts.