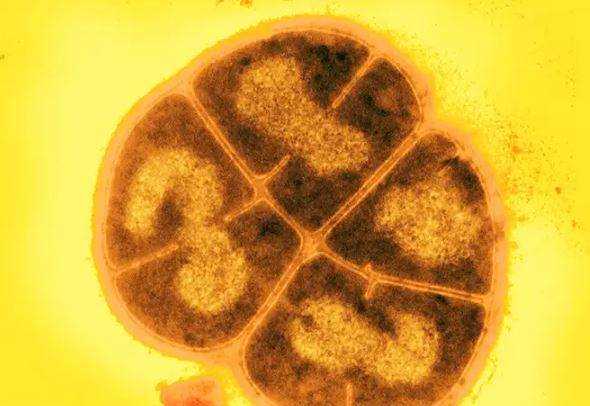 This Radiation Resistant Bacteria Can Easily Travel From Mars To Earth

Scientists from all over the world are working hard to explore the possibilities of life outside on Earth. Billions of rupees are being spent on the plans to establish settlements on the Moon and Mars.

At the moment, even though there is not much hope in it, scientists are not hopeful and are doing research. As major achievement, scientists have discovered a bacteria that is anti-radiation and can survive for at least three years amidst radiation in space.

Researchers have indicated from this study that the simplest living patterns can protect their existence from dangerous radiation between long distances like Earth and Mars. This research of Japanese scientists has said that this investigation has strengthened the theory that microorganisms can go from one planet to another and sow the seeds of life there. This opinion is called Panspermia Theory.

To investigate this theory, researchers released a bacterium named Deinococcus radiodurans 400 kilometers above the Earth at the International Space Station. In the harsh environment of outer space, strong ultraviolet rays, and high-temperature changes, these bacteria remained isolated and survived for three years.

Akihoko Yamagishi, a professor at Tokyo University of Pharmacy and Life Sciences and author of the research, said, 'I knew that he would survive after various experiments done in the lab, but I was relieved when he came back.'

This study is published in Frontiers in Microbiology. Professor Akihiko stated that these results suggest that bacteria can tolerate the 'weather' between Earth and Mars. It also reveals a lot of possibilities. He said, 'Everyone thinks that life started from the earth. But this investigation proves that there can be other planets where life started.

These particles originate from solar winds and collect the magnetic field of the planets around them. There are two such belts of earth, but more such belts can be made other than these. Van Allen radiation belts are located at an altitude of 640 to 58 thousand kilometers above the surface of the Earth.

Scientists believe that Mars was a hotter planet than it was three billion years ago and then there would have been rivers and ponds. In these conditions, there is a very high probability of having simple microorganisms.

Despite the fact that the microorganisms in the external layer of the bunches were devastated by the UV, these dead cells appear to have protected the microbes in the deepest layers, which endure. These enduring microscopic organisms were then ready to fix their DNA from harm and could be developed in the research facility.

Jean-Pierre de Vera at the German Aerospace Center (DLR) says the outcomes add to developing proof for panspermia – the possibility that life could be moved between planets on rocks hurled into space in the repercussions of a huge space rock sway, for example, the one 66 million years back that is thought to have prompted the eradication of the dinosaurs. It will be essential to examine whether and how the microorganisms can shield themselves against different sorts of radiation in space, for example, enormous radiation.