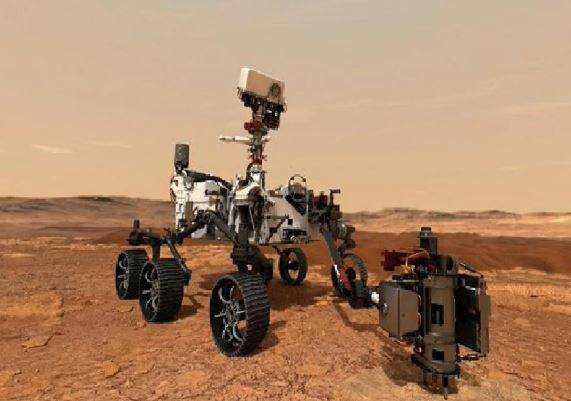 This month, NASA launched its ambitious Persistence Rover for Mars. This is not the first NASA rover on Mars, and it is not that no NASA rover is working on Mars. But still Perseverance Rover is important in many respects and many hopes of NASA and its scientists have been set about it.

NASA has upgraded Perseverance Rover and added new capabilities and special equipment to it. Many of these tools, ie in situ resource utilization (ISRU), will try to use the resources of Mars.

The most important use of persistence on Mars is the production of oxygen there. For this, NASA has sent Mars Oxygen Inseto Resource Utilization Experiment (MOXIE) with Rover. Mocksey's job will be to convert Mars' carbon dioxide into oxygen, which will also act as fuel for Mars passengers.

A NASA-like drone named Ingenuity will also use helicopters to fly in Mars conditions. This has great significance for further campaigns.

Another important use of persistence for NASA is to collect soil samples from Mars which will be brought to Earth. From this, information about life chances and history related to Mars will be given.

Another important use of persistence for NASA is to collect soil samples from Mars which will be brought to Earth. From this, information about life chances and history related to Mars will be given.

READ HERE MORE : Everything To Know About Halal Certification Controversy

Perseverance will land on the Jazir crater of Mars on 18 February 2021. It is considered to be one of the oldest craters on Mars. It is said that this place will be the most suitable place for studying the history of life on Mars.

Perseverance Rover will decide the fate for NASA's supremacy plan in space and once it is successful then only the space fans of NASA can take a sigh of relief but as for now India's ISRO is giving it a tough fight but who will win it, in the end, is the billion-dollar or Indian rupee question for the whole space community.

Space Science and Technology
28 days ago