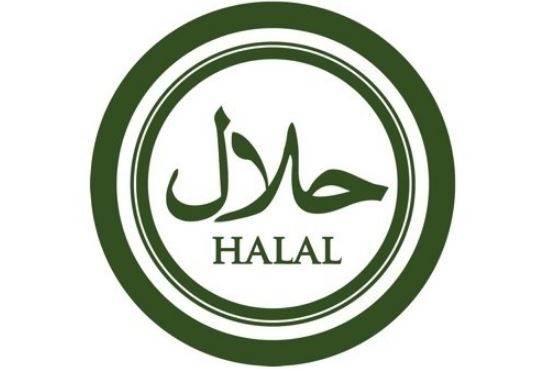 Everything To Know About Halal Certification Controversy

There have been voices of protest in the country regarding the Halal economy. Recently, Vishwa Hindu Parishad launched a campaign against the Halal product. It says that the system of halal certification has started in meat as well as in essential commodities of food and drink.

Where the money goes from this is doubtful. Assuming this, the VHP talked about the buyout of the halal business. Know, what is a halal product and halal economy. And how does this system work?

Halal is an Arabic word meaning legitimate or legitimate. It is associated with Islam, which determines how it is processed in the matter of food and also especially in the case of meat.

At the same time, haram is also an Arabic word which means forbidden. There are many things and ethics in Islam under the haram, such as drinking alcohol, cutting dead animals, pork, and all the meat that has not gone through the halal process.

This is a special process of making meat from animals that only Muslim men can do. According to a report by Jagran, people of other religions can also process further, such as Christian or Jewish.

The process of cutting the animal must be done with a sharp knife. During this time, the jugular vein, cervical artery, and trachea should be cut. A rectangle is spoken while halting the animal, which is also called Tasmiya or Shahada. An important condition of halal is that the animal be fully healthy during halal. Already eating the meat of dead animals is forbidden in Halal.

In many Islamic countries, the Halal certificate comes from the government. Although in India, the Food Safety and Standards Authority of India (FSSAI) gives certificates on almost all processed food but it does not work for Halal. Rather, there are different companies for Halal certification, such as Halal India Private Limited, Halal Certification Services India Private Limited and Jamiat Ulama-e-Hind Halal Trust

Pharmaceutical and cosmetic companies get halal certificates for their product because they use animal by-products for it. Just as perfume contains alcohol, so many animals have fat in lipstick, it is believed. These things are forbidden in Islam, so companies that produce them have to tell that they have not used any such product.

Companies take halal certification to get their products recognized in Islam-dominated countries. According to a Reuters report in the year 2016, the turnover of halal food in the whole world is more than $ 415 billion. This is the reason that companies are not able to keep themselves apart from it to serve such a large market.

Even nowadays a new term has come into practice- Halal tourism. Under this, big hotels and restaurants claim that they do not serve liquor or pork. This claim is so that a large number of people who believe in Islam can live in their comfort.

By the way, questions are constantly being raised on Halal certification. One reason for this is that there is no information about where the money came from it, due to no fixed rules of its regulation in every country. Another major reason is being believed that since people of Hinduism or other religions cannot be involved in making meat halal, it reduces employment for other religions. Protests are taking place in many countries.

Sri Lanka removed halal certification from food products giving this reason. Now only those products will be given halal certification, which are sent directly to other countries. All Ceylon Jamiyyathul Ulama (ACJU), the leader of the Muslim community in Sri Lanka, took this decision citing interest of peace. This decision was taken in order to maintain peace in the communities after the terrorist attack there in 2019.

READ HERE MORE : Why Opposition Wish To Have Leader Like Narendra Modi ?

Not only halal, kosher food is also seen as discriminating against the eaters and the eaters and they are banned in many countries. Explain that kosher meat is under Jewish recognition. Kosher actually comes from the Hebrew word kasher.

It means pure or edible. According to the Jewish guidelines, many things or their pairing are banned in kosher food. For example, no dairy product should be used with meat. Also, many things should be strictly followed during cooking.

Several countries such as Sweden, Norway, Iceland, Denmark and Sloanvacia took a step to eliminate religious differences in food. Under this, no religious exemption is given for cutting animals. That is, no certificate like Halal or Koshar is available on this basis.