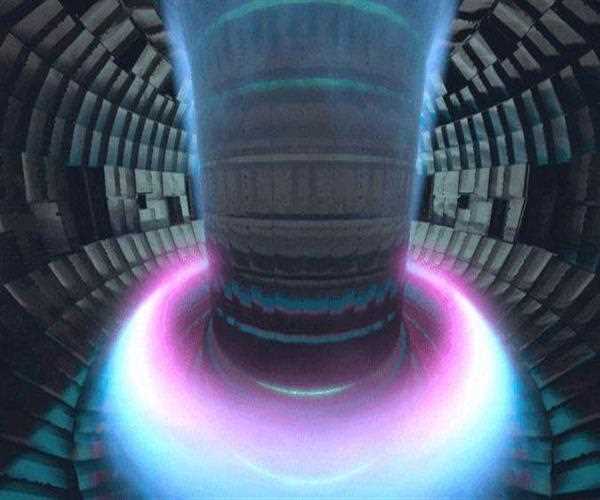 If the world wants to remember a few good things from the Corona period, one of them will be that on July 28, 2020, the assembly of Iter started in the Provence area of ​​southeastern France. The International Thermonuclear Experimental Reactor (ITER) is a shared dream of the world.

A special thing related to this will be for us to remember separately that a cryostat weighing 2000 tonnes made by India was put in the ground only in May as the foundation of entering.

Cryostats are used to keep temperatures well below zero to be constant. The main equipment of Eater is superconductive electromagnets operating at very low temperatures. We will talk further on what their role is in the entire game. However, the purpose of Iter is known to everyone - to find a way to make electricity on a large scale without damaging the earth.

In 1985, when negotiations between the then US President Ronald Reagan and Soviet Union President Mikhail Gorbachev began to end the Cold War, one aspect of this was to give a positive edge to the process.

For example, after World War II, most of the scientific progress of the world was due to military competition between these two countries. It should not happen that in peacetime, the capital for science-technology can dry up. In such a situation, one of the new ideas for the partnership was to give ground energy to Fusion Energy.

Fusion energy, the first evidence of energy generated by the breaking of heavy atoms, was the atom bomb dropped on Hiroshima. It was beginning to have meaningful use as nuclear power, but everyone knew that this method of generating electricity is dangerous. By then, the Three Mile Island nuclear accident had occurred in the US and Chernobyl occurred in the Soviet Union the following year. Both cases were buried in Badastur, that's another matter.

Fusion energy, the energy born by adding light atoms, was also seen by the world in the form of a hydrogen bomb. Everyone was aware that the amount of Fusion Energy is more than Fusion Energy in proportion to the weight of the items used. But how can it be molded in the shape of electricity, the engineers did not even start thinking about the question.

Roughly speaking, an atom bomb is used to make a hydrogen bomb. The nuclear action within the heavy isotopes of hydrogen within it at the thrust of X-ray reflectors at 10 million degrees Celsius can be replicated in which powerhouse? Which turbine will convert this 100 million degrees fusion temperature into electricity? This would be even more difficult than putting electricity falling from the sky into a bulb!

However, thanks to the European Union (EU) that this dream progressed from impossible to possible. Initially, apart from the EU, Russia, the US and Japan came forward for the big international project of Fusion Energy, then it included three more Asian forces in the form of India, China, and South Korea.

The budget was fixed at 45 percent of the EU and the remaining six percent in the remaining 55 percent. Our share is more than 9% in this, but given the large EU fraternity, the cost of Eater hardly exceeds that of any European country.

However, the project is expensive and the total amount involved is believed to be from $ 22 billion to $ 65 billion. Of this, only 14 buildings have been built in the last year for $ 14 billion. Another project, Eter's Parallel International Fusion Materials Irradiation Facility (IFMIF) is also underway, which excludes India, China, and South Korea, although the success of Fusion Energy will depend largely on the results of IFMIF.

Leaving the rest of the world, talking only on the technology of Fusion Energy and Eter, it has three parts. First, the preparation of plasma of both heavy isotopes deuterium and tritium of hydrogen and controlling them with magnets.

Eter's assembling will be completed in 2024 and by 2025 it will begin work on plasma. Now, what is plasma? Broadly speaking, the debris of an atom, which includes both electrons with negative charge and nuclei with a positive charge.

This debris is available only at very high temperatures, about 15 million degrees Celsius. Whatever substance will come in contact with such a hot thing, it will disappear. It itself will become meaningless, so different. The power of powerful super-conductive electromagnets that work at extremely low temperatures is to prevent the plasma from coming into contact with anything and to rotate it rapidly.

The second stage of production of fusion energy is the fusion of hydrogen by adding plasma of double and triple heavy deuterium and tritium, respectively. It has been said that this process is going to give 100 million-degree temperatures.

Even seven times the Sun's temperature has been seen only once in the world, in China's East Fusion Reactor, which has a record of controlling plasma for 101.2 seconds. Iter aims to not only control the plasma of deuterium and tritium for 1000 seconds (approximately 17 minutes) by 2035, but to produce ten times the total energy taken from outside by performing their fusion.

Its third phase, that is, converting fusion energy into electricity, is not the work of Eater. For this, 'Demo' and many government-private projects of the world are gearing up in their own way.