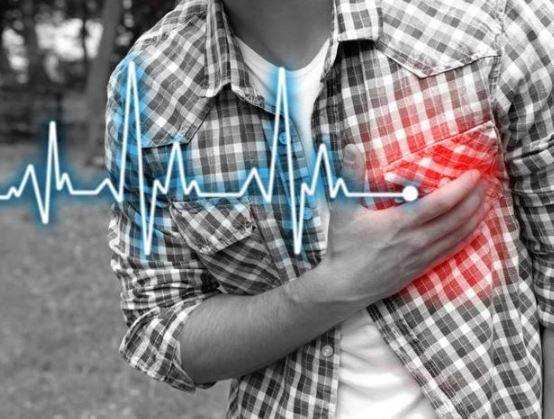 One of the bases of India's reputation in the world is that it is the most dark-skinned country. The hint is towards the young population of the country. It is not wrong to consider this young human resource and energy not only as a market but for all other meaningful reasons. But this young country of ours is also stuck in a big problem.

There is a great risk of heart diseases on the youth who have become the engine of development. The mention of heart diseases in the current era of pandemic Kovid-19 is also important because heart diseases are also becoming the cause of death of many patients suffering from the corona.

The biggest problem of heart diseases is that often our brain does not support the heart in this matter. Most do not believe they may have a heart attack. By the time we realize this mistake in realizing the diseases of the heart, it is too late.

Recently, the same problem has arisen again with the untimely demise of Congress spokesperson Rajiv Tyagi. It is estimated that in the last 15 years, heart diseases in India have doubled by 100%. A systematic assessment of this was done three years ago by the International Congestive Heart Failure.

In the report published in the Global Health Journal - The Lancet, it was clearly stated that India's graph is very high in deaths due to heart diseases. According to this assessment, within one year of the detection of heart disease, the percentage of deaths in India is 23. The situation in India is worrying because it is eight percent higher than the rate of 15 percent in South East Asian countries.

On the other hand, if you compare with South America (9%), West Asia (9%), and China (7%), then the situation seems frightening. The figures also say something else. For example, one-third of the patients in our country are dying during hospitalization, and one-fourth of the patients are within three months of identifying the disease.

India currently has 5.4 percent of the estimated current number of around 26–28 million cardiac patients. The public knows a lot about the lies and truths of the numerous complaints and allegations related to the robbery system maintained in the name of the country's poor health services and private hospitals.

The compulsion of the general public regarding the inflation of treatment can be understood because in this case, no mechanism of his hearing seems to be working. Of course, there are also some genetic causes of heart disease. Humans do not control them.

But if the stress of work, lazy-sluggish lifestyle away from manual labor, and extra body fat catering is not in control, no external reason contributes to making the heart poor.

Diabetes, high BP, insomnia, kidney disease, and thyroid problems are responsible for the causes of heart failure. But they are no less responsible for fried-roasted, spicy food, junk food, high amounts of oil, ghee, butter, and passive lifestyle without a workout.

READ HERE MORE : Is It Right To Open Schools In Corona Pandemic ?

Now even in the villages and towns, machines dominate farming and there too TV and smartphones have taken away the physical work of the people. The medical system that assures heart patients a firm cure by methods such as medications, angioplasty or bypass surgery, never suggests that if some dietary cautions are to be taken into the routine and a routine of exercise-exercise is formed, then perhaps the heart do not be born like a failure.

However, these tips are very common in our common life, and accessing them through TV-Internet is not difficult from anywhere. It is quite possible that if the pattern of living is changed a bit if a little bit of activity is added to the routine, then the ill-feelings of the heart can be reduced.