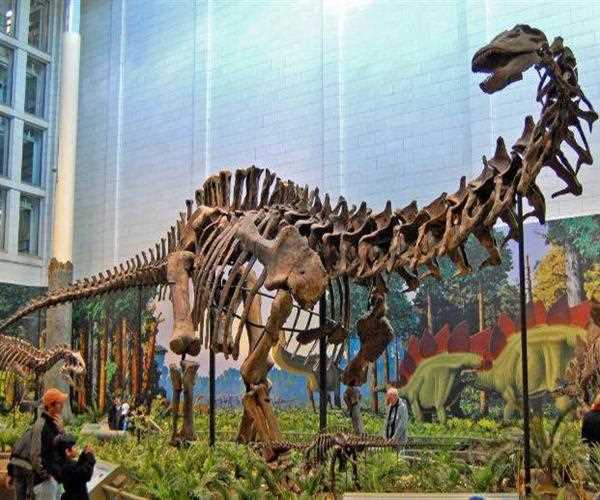 Could it be that dinosaurs have had such an organ which is also found in today's humans? In the latest research, scientists have found something similar and not only that, but they also found that a disease that occurs in humans today, would have ever existed to dinosaurs.

The reason for this is to be found in humans and dinosaurs, the Inter Vertebral Disc connected to the spinal cord, due to which scientists feel that it can also help in the medical field.

Scientists used to think that only humans and mammals have an Inter Vertebral Disc. These disks are attached to the spinal cord and play an important role in maintaining the speed of the spine. Now researchers have found that such discs also occur in dinosaurs named Tyrannosaurus rex or T rex. This study suggests that T-Rex dinosaurs will also have problems with slip discs.

The results of this research in the Bonn University team have been published in the journal Scientific Reports. Researchers say that this discovery can prove to be helpful in increasing the medical information of humans. Dr. Martin Sander, a professor at the University of Bonn, says, "The human body is not perfect. And diseases reflect our long emergence. "

During this study, the researchers also found that the backbone of many dinosaurs and ancient reptiles of the ancient period was similar to the human spine. On the other hand, the spine of today's snakes and other reptiles is connected to the ball and socket joint, which means that they do not have intervertebral discs.

Whereas earlier such discs were found in reptiles, today it is not found in reptiles. Scientists believe that this development was good for reptiles as it completely eliminated the possibility of them having problems like spill discs.

Tanya Winterich, a paleontologist at the Department of Paleontology at Bonn University's Institute of Geoscience, said, "I have found that it is very difficult to believe that ancient reptiles did not have intervertebral disks." Researchers during their research studied today's animals with dinosaurs and other extinct reptile fossils.

The study of these 19 specimens showed that in different animals, the intervertebral disc developed at different times. Researchers also found that in reptiles, these discs were probably replaced twice by ball and socket joints.

Scientists find power in the logic of discs being developed at different times. The biggest proof of this is the discovery of these disks at very different times. If there were no humans at the time of dinosaurs, then dinosaurs have become extinct in today's era. But it is also certain that at one stage in the evolutionary history of the creatures, the ancestors of both were the same and they were reptiles.