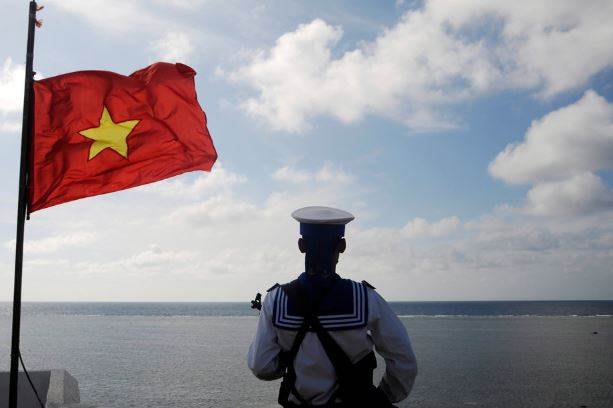 Troubled by China's antics, Vietnam is now taking a strategic partnership initiative with India. China has plagued many countries to grab the South China Sea. Vietnam is also one of them. China has now deployed bombers there, threatening it.

The tensed Vietnam showed interest in strengthening relations with India. Know, what is the issue of the South China Sea and why Vietnam is looking forward to helping India.

While stating this, he has prepared a fight there. Vietnam is scared of this. Especially after the forced authority of China over Hong Kong and the domination of countries like India and America, even after Corona, this country is worried that China will not fight it.

To avoid this situation, Vietnam is now taking a strategic partnership initiative with India. It is being called a Comprehensive Strategic Partnership. There is talk about this between the two countries also. According to a report by the Eurasian Times, Vietnam has openly sought help from India to search and extract oil deposits from the sea.

In the midst of all this, India also took a tough stance on China's bullying in the sea. One reason for this is that as China tried to encroach in Ladakh, it is doing the same with other countries. Even America has accused China of this attitude.

Well, it is a matter of understanding why China is trying so hard for the South China Sea. This aggressive attitude of China is behind the bottomless reserves of the sea.

The biggest controversy is about the Parcel Islands. This part is a storehouse of crude oil and natural gases. Also, this sea, spread over about 3.5 million square kilometers, is full of coral and marine animals. So many types of fish are found here that around half of the fish business is supplied from here.

This is the reason that China also wants to usurp it through the ocean. Another reason is that due to being connected with many countries, this ocean is also of strategic importance. China, which intends to expand it, can benefit greatly. This infiltration of China is the root of the dispute between the countries.

The controversy is the reason that the southern part of the ocean touches China's mainland. On the other hand, Taiwan holds its claim over the southeast. The east coast of the sea is connected to Vietnam and Cambodia.

On the west coast is the Philippines. Also in the northern region are the islands of Indonesia. China, Philippines, Vietnam, Malaysia, Taiwan and Brunei - these 6 countries have been asserting their rights, although China wants to take 80 percent of it.

Under this, China started spreading in the ocean 6-7 years ago. Chinese ships digging at sea began construction on a sea strip. The port was built and then the runway was also ready.

Now the situation is that China has made many artificial islands in the sea, in which military bases and warships are deployed. It is believed that this is a big preparation so that in case of war situation, no country can even come to mainland China and they should be defeated at sea.

If India and Vietnam wish they can easily defeat China which is already driven by internal conflicts thanks to Xi Jinping's dictatorship domination nothing seems to be impossible on the far sight path of war which is being avoided currently in this dire corona pandemic.