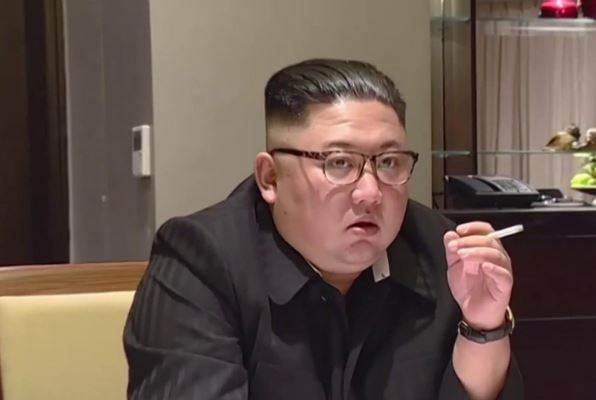 Is Kim Jong Un Dead Or Alive ? Media Says It All

Not only in Indian but also around the world, there have been reports in the world media that North Korea's top leader Kim Jong Un has died. This is the second time this year such news has come. It was earlier said that heart failure was the cause of death, but after these claims, he was seen alive. New claims are being made again this time, but what is their truth? Is he really Kim Jong Un-Dead?

There have been reports earlier that North Korea is in the process of handing over a succession of power in a planned manner to his sister Kim Yo-Jung (Kim Yo-Jung), which clearly indicates that he may not die. Even so, but his condition is not good. The spy agency of South Korea has even said that Jung itself has played a major role in the policies made for America. Based on the facts, we understand what this whole thing is.

Recently, the news of Kim Jong Un's death has been revealed, the inputs of a well-known journalist are being told behind it. Journalist Roy Kelly, who has entered North Korea's inaccessible empire, told some media groups that there was such secrecy that even the people of North Korea did not know what the truth was!

According to Kaili, after his decisions like handing over unmatched powers to his sister, it is certain that something big is happening in North Korea. Kylie's input came at a time when Chang Song Min, an associate of former South Korean President Kim Dae-jung, was quoted as saying that he was in a coma but not dead. However, it was also said that the North Korean dictator family cannot transfer its power to anyone like this.

Even in the British and American media quoting Min, there is still a confirmation that he is in a coma. However, it has definitely been said that his being in a coma means nothing less than a disaster for North Korea. It was not confirmed even in the media of North Korea that they are really dead, only such doubts are being expressed. But this discussion has certainly sparked all-around who will replace him if he really dies.

This week, South Korean espionage agency National Innocence Service (NIS) said that Kim Jong will hand over all his powers to his sister Kim Yo Jung in a planned manner. Jung is currently the first deputy director of his brother's political party and he is being considered his successor. Apart from this, if the news is to be believed then there is a claim that even if Jung is clearly in front, he is planning to keep all those forces in his hand from behind the scenes.

The dynastic tradition of dictatorship and rule in North Korea started in 1948 from his grandfather Kim Il Sung. Sung was succeeded by his son Kim Jong Il and then at the age of just 36 in 2011 as the ruler of that country. According to the South Korea detective agency, he and his wife Ri Sol Joo have three sons. But, according to the news, their sons are still very young, that is, the elder son is only 10 years old.

In such a situation, her sister is the first strong candidate for the throne and she also has the confidence of North Korean leaders. He himself has given second command status to his sister after him.

In reality, his grandfather Sung is highly respected in North Korea. Many believe that he is credited with liberating from Japanese rule and making North Korea a country. The stories and photographs of both his grandfather and father are continuously shown everywhere and stories of his contribution are heard in the country in every way. Experts believe that at present there is no alternative to family rule in North Korea.