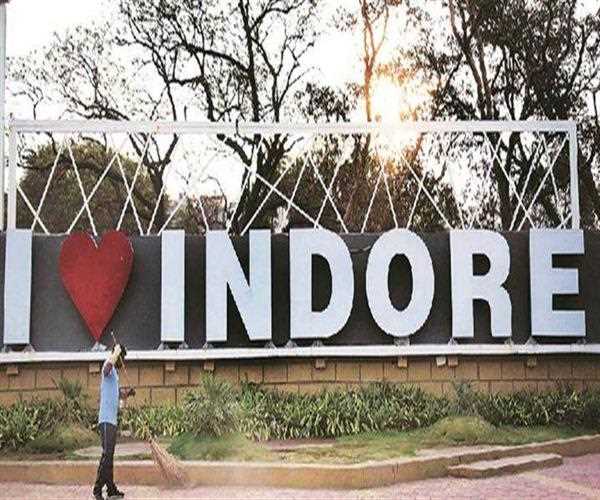 The Indore city of Madhya Pradesh once again became the head of the country in terms of cleanliness. Indore is the only city in the world where bank formula has been adopted for the sake of cleanliness.

In fact, to reduce the waste, two bag banks, four-pot banks, a wall of righteousness for old clothes, and ten food ATMs are working to bring ready and leftover food to the needy. The Food Bank's plan has proved to be very effective in reducing the amount of wet waste.

Indore is also included in the selected cities of the country, where the residents dispose of the wet and dry waste discharged from their homes. Thirty-five thousand homes in the city have home composting units. These have led to a significant reduction in the quantity of waste. Many institutions in the city also do not waste, as they are converted into manure there.

Indore is also the first city in the country where citizens get waste money, which is a big incentive. The ban on single-use plastic in the country also started from here. Straws, disposable plates, spoons etc. have disappeared from all places in the city. On major roads, cleaning is done every night with twenty-three machines. Garbage is disposed of on the same day.

Due to the above facilities available in all major areas, people do not go to the open defecation. They are regularly cleaned. Immediate damages are imposed on throwing garbage outside the shops and spitting on the streets. With this the Municipal Corporation earns Rs. 30 lakhs each year.

gThe corporation also earns Rs 80 lakh from advertising in urinal and toilet. Free steel utensils are made available in various programs through the utensil bank to check the disposal plates. Apart from this, bags of clothes are made available to the people through Bag Bank.

The common people of Indore have now become so responsible that if someone throws anything on the road by mistake, they either pick it up and put it somewhere in the dustbin or interrupt the person.

Although this cleanliness campaign was launched on the call of Prime Minister Narendra Modi, but the entire credit goes to the local people and the sanitation workers who regard cleanliness as karma and dharma.