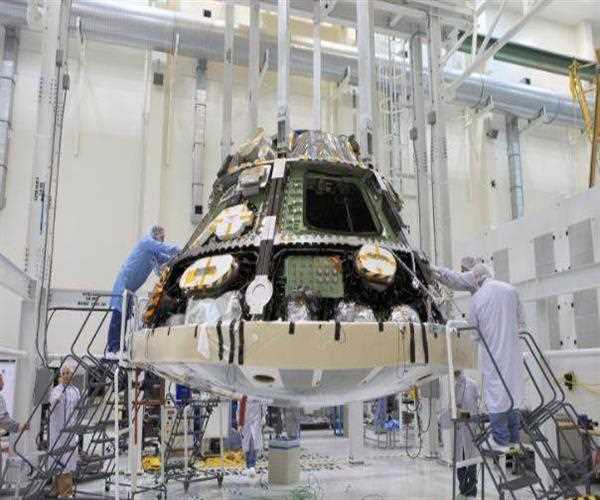 NASA To Use Green Fuel In Space Missions : Understand Everything

Many ambitious missions of the US space agency NASA are underway. To make these campaigns better and less expensive, many types of research are being done continuously.

In one of these research, NASA has succeeded in a technology that will now allow it to use the better fuel used in the space launch process. It is more likely that NASA will start using this fuel in its upcoming missions.

Toxic hydrazine was still used as a fuel in NASA's campaigns. But now it will be replaced with less toxic or toxic propellant or fuel. NASA has also successfully tested the technologies related to this fuel.

NASA launched the Green Propellant Infusion Mission (GPIM) last year in which it first examined the fuel and its corresponding propulsion system in space, NASA informed Thursday that it is now nearing completion in the mission.

Green fuel and its propulsion system have been successful in this campaign as expected. Now both are ready for future campaigns to use.

At the Marshall Space Flight Center in Huntsville, Alabama, the manager of the GPIM expedition, Tim Smith, said that this is the first time in the last 50 years that NASA has tested the new high-performance propellant.

It has the full potential not only to support Hydrazine but also to become an alternative, which has been used in space vehicles since 1960.

The major task of the GPIM campaign was to test the GPIM mission as a monopropellant, a chemical propellant that can burn on its own without the aid of a separate oxidizer. This propellant is called Advanced Spacecraft Energetic Non-Toxic (ASCENT). This propellant was invented by the American Air Force Research Laboratory at Edwards Air Force Base, California

Now it will be used in this mission. It was a successful test of GPIM due to which NASA has chosen it as fuel for its next campaigns. NASA will use it in its next mission, named Lunar Flashlight.

It is a small spacecraft that will give clear information about the presence of water droplets inside the craters of the moon. It will be launched with Artemis I. Artemis will be NASA's first joint launch of the Orion Spacecraft and Spacelunch System rocket.

Although the color of ASCENT is pink, it is still being called green or green because it is much less toxic than hydrogen. Hydrogen requires special safety suits and apart from this, the process of filling it in the vehicle is also very complex and difficult.

NASA says that with ASCENT, the spacecraft will be able to go more distances or work longer, due to which their effectiveness increases. The GPIM mission is now nearing completion and its spacecraft has started burning away from its orbit.

After going through the process of burning seven times, it will come to the Earth's lower orbit for about 180 kilometers, after which it will enter the Earth's atmosphere at the end of September.

NASA is using green fuel in space missions and we should use it on earth activities. If one succeeds to understand and use it then over the limit dependence of man over fossil fuels will finish with time.

Space Science and Technology
26 days ago