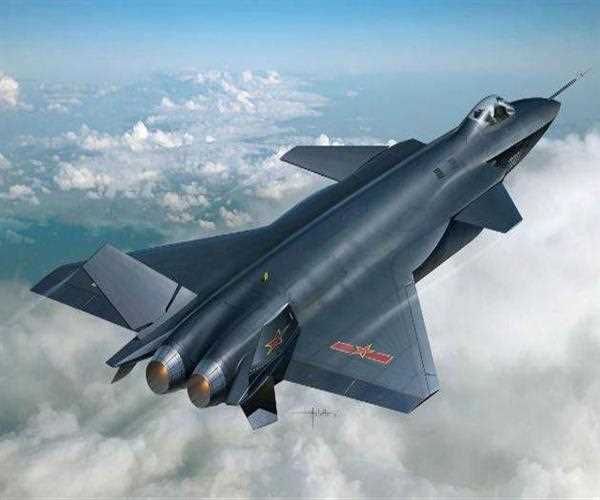 The tension between India and China is continuously increasing. Amid efforts to restore peace, China recently set up a J-20 stealth fighter jet at the Hotan airbase on the Ladakh border.

These are the most modern fighter jets in China, about which he claims that they are the most powerful jets in the world and their biggest feature is their stealth jet. Stealth jets and stealth submarines are constantly in discussion amid the unrest arising from Corona. Stealth means one who can remain secret. Know, what are these and why are they important for any country.

China has deployed Chengdu J-20 stealth fighter aircraft near Hotel Airbase in Ladakh. This is the same airbase, just 200 miles from where the place had a violent clash between the soldiers of India and China.

Now the deployment of stealth planes near this place is expected to make China aggressive again. However, China says that this has been done under regular border security rules.

Speaking to the Chinese government media Global Times, Chinese military aviation affairs expert Fu Kinshao said that the J-20 is a long-distance firefighter jet and covers many places in Central and South Asia when it is deployed at Hotan airbase can be done. However, this is only part of normal training and should not be viewed differently.

Meanwhile, China is constantly talking about its stealth along with its aircraft. Stealth means hidden or secret. That is, stealth fighter jets or stealth submarines - they will not be visible during reconnaissance or attack on the enemy. They cannot be tracked by radar or by any current technology.

China's Chengdu J-20 is the fifth-generation fighter aircraft, built by the Chengdu Aerospace Corporation of China for the Chinese airforce. It was officially launched by China five years after its formation in 2011. According to China, it is Asia's first stealth fighter jet. That is a jet that is almost impossible to catch with radar, infrared, sonar, and other catching methods.

However, this claim is not being considered. According to experts, there can be no aircraft hiding from radar or infrared, and even in hiding, it gets caught. By the way, it is true that this quality in aircraft or submarines makes it a little difficult to trace it.

Its design is quite complex so that the sensor can be avoided. Since aircraft can also be detected by heat, noise or radiation, they are also kept to a minimum in a stealth aircraft or submarine, keeping this in mind.

In addition to China's Chengdu, fully tested stealth aircraft for the war include the Northrop Grumman B-2 Spirit of the US and the Lockheed Martin F-22 Raptor of the US.

Sukhoi also falls into this category. Apart from these, all the other countries are trying to make stealth aircraft for themselves. Rafale aircraft are also said to be equipped with stealth technology.

There are also problems with stealth aircraft or submarines that specialize in dodging enemy forces. They need constant maintenance. Also, their body is not as strong as normal fighters.

Apart from this, the biggest difficulty is the cost of making them. These are quite expensive, for example, if you take the B-2 Spirit fighter jet of America, they are many times more expensive than normal bombers. The US military is believed to have spent approximately $ 105 billion dollars to build a small detachment of the aircraft.

India is also set to strengthen itself on the military front. The Government of India is going to give a green signal to the project to make Stealth Submarine worth 42 thousand crores. Under this, 6 stealth submarines will be ready.

These secret submarines can operate underwater for a long time. At present, the Navy has only two Scorpions and 13 older generation diesel-electric submarines which were inducted into the fleet 20 years ago. Now surround China the Indian Ocean Indian Navy is working on it's modernization so that can be ready for war in water.