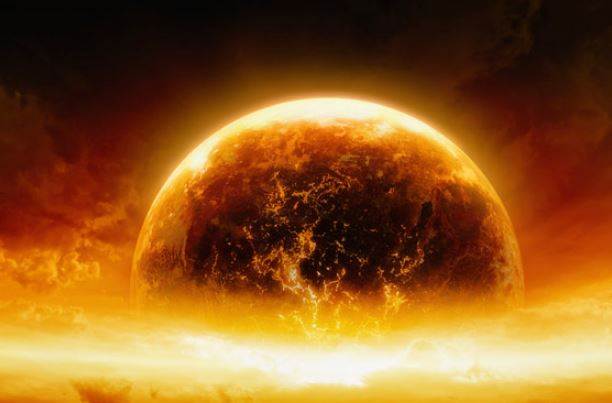 Not only scientists but also people are interested in the events of Extinction on Earth. Research is still going on on the reasons why dinosaurs are cleared from the earth. Recent research has shown that it has happened at least once on Earth that Cosmic Rays have caused the extinction of life here.

In this research, it has been said that the deadly cosmic rays from a nearby supernova would have been responsible for the destruction of many species on Earth at least once. Not only this, researchers have also given a way to confirm this.

According to an article published in the Daily Science, researchers say that if the record of the rocks of the Earth is seen, then this situation can be confirmed by the presence of some radioactive isotopes found from there.

This study, published in the Proceedings of the National Academy of Sciences, studied astronomical phenomena in the study of astronomy and physics professor Brian Fields of the University of Illinois at the US and Arbana Capen, who may have been responsible for the destruction and elimination of 35.9 million years ago. Huh, this was the time between Devonian and Carboniferous times.

The team focused their work on this period because the rocks of that time contained pollen of millions of generations of plants, which they thought would have been burned by the sun's ultraviolet rays. It is also evidence of the disappearance of the ozone layer for a long time.

Destructive activities on Earth such as large-scale volcanic eruptions and global warming can eliminate the ozone layer. But how long these events would have maintained this is a big question. Instead, we proposed that supernova explosions 65 light-years away from Earth could be responsible for the depletion of ozone for a long time.

Think of it this way that our nearest supernova threat is from the Beetleguz star, which is 600 light-years away from us. This is far from the 25 light-years that have badly hurt us.

This team discovered many more astronomical causes of the ozone layer disappearing, such as meteorites falling, winds or storms from the sun, gamma radiation explosions, etc.

On the other hand, the supernova can immediately bathe the entire earth with ultraviolet rays, X rays, and gamma rays. After this, remnants of supernovae can envelop the entire solar system. In such a situation, the damage done to the Earth and its ozone layer can persist for about one lakh years.

Really science has advanced in terms of research, innovation, and technology. With no other choice, we need to have the patience for further studies to take place after many already established theories will be wasted and new ones will be set to be accepted. "Uncertainty is the DNA of Science" after all.