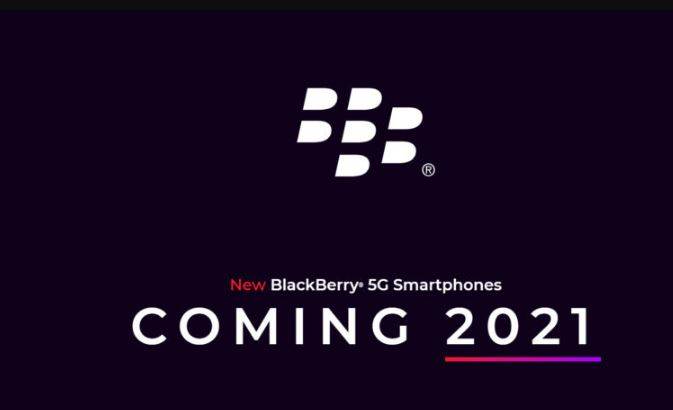 Blackberry Coming Back With 5G Smartphones

A big blow for those Blackberry haters who did always thought that the Qwerty phones champion would be gone in the race of 5G technology backed and powered smartphones race. Now finally the news is up that the tech giant is coming up with a new smartphone range series.

BlackBerry's partnership with TCL may have ended this year. But now the company has announced a new licensing partnership with OnwardMobility and FIH Mobile Limited. It is a subsidiary of Foxconn Technology Group. It will bring a new smartphone with the old QWERTY keypad.

It has been confirmed that a new BlackBerry phone will be launched in the first half of next year. At present, the company has not been informed about the launch date or the name of the device.

The company has confirmed that the new BlackBerry smartphone will initially be made available in North America and Europe. At present, no information has been given regarding its availability in India. However, for your information, let us know that all the old models of Blackberry were launched in the Indian market.

According to the claim, the upcoming BlackBerry smartphone will be secure and it will get better user experience as well as productivity features. Let us tell you that this new partnership means that BlackBerry will be given the rights to OnwardMobility to do engineering and development and to launch the BlackBerry 5G mobile device in the market. At the same time, FIH will design and manufacture the BlackBerry device.

We are welcoming Blackberry to India and once it comes there will be a change in the market which has got stale due to much of these "Chinese" smartphone brands wasting people's money time, energy, enthusiasm and what not.

Blackberry is not the only company that is willing to come back to those technological battlefields which never got any competition from another country of the world. With the TikTok USA acquisition being the hottest deal of the town we are set to see another tropic getting into the trending list.

How will other countries react to this is a matter of debate and discussion which has gone missing these days amongst the tech leaders. One thing to note that Blackberry will offer the third option between Android Vs MacOS options so overall it is a healthy signal in technology world competition.