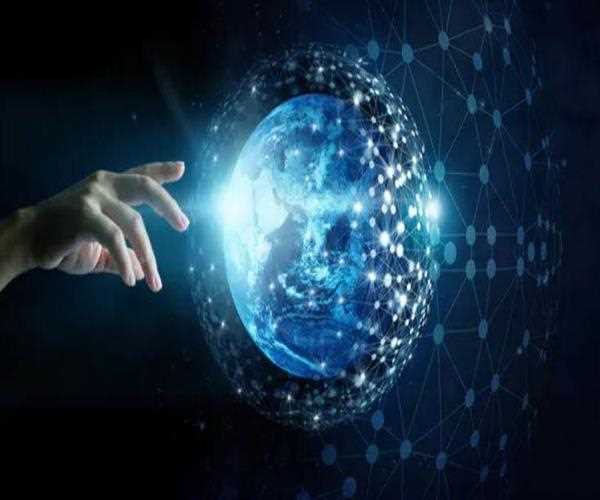 Modern Era Is Of Science And Technology

Today's present modern era is the result of science. We use many items related to our daily life. All these things have been given by science and technology.

Science has changed our lives and ways of working. Science has given a man with the means of daily pleasures, due to which our life has become easy. 100% of what we use every day is given by science.

We use radio, TV speakers etc. for our entertainment. If there is no telephone or smartphone, then imagine how long it would have taken us to send the message.

The invention of electrical and electronic gadgets has made our lives comfortable. In summer, fan baggers do not make us sleepy. In extreme heat, we need cold air from the air conditioner. At night, we are unable to perform the bagger of electricity.

Humans can get tired, but they do not get tired of bulbs, tube lights, searchlights, street lights that provide light and provide us with constant light. All this lighting equipment is the result of science.

These small problems in our lives have made these devices easy. All these electronic appliances from washing machines to refrigerators take care of all our needs. The credit for all this goes to the scientists who invented science and these tools.

This is a miracle of science, that it has given mankind with pleasures. Due to the introduction of different types of machines in factories, mankind's work becomes very easy. This machine can produce many things in a short time. If you have to do math or accounts related work then you can use a calculator. We can do calculations in the calculator.

Nowadays, the work of a laptop and computer bagger office is not done, it can be said that it is absolutely impossible. On a laptop, you can do all the work from studies to office. Science has grown so much that it has reached the moon and space.

All the space research centers in the world carry all the necessary information related to the Earth and the Solar System to us. The Internet is also a gift of science and technology, in which we can work in various fields with the message, exchange of education by connecting to any corner of the world without losing time.

Science has made long-distance easier. Traffic and means of transport such as buses, motorcycles, cars, etc. have been constructed by scientists. Science has also made arrangements for mankind to quickly reach from one place to another. Therefore, it would not be wrong to say that our present modern era is the result of science.

Science has proved to be a boon for mankind. The field of medicine has progressed due to science. Due to the progress in the medical world, now humans have been able to get rid of terrible diseases. Many types of fatal diseases are easily treated, the credit goes to science.

Without science and technology, we cannot even imagine our life. Actually our very existence depends on it. Every day new technologies are coming in which are making human life easier and more comfortable. Thus, we are living in an era of science and technology. Science has played its important role to defeat all the miseries of mankind. The first was blind superstitious, who were overcome by the advent of science.

Earlier, it used to take months to cover the distance of Milo, due to science, now this distance has remained only a few minutes. Every little big thing that is used in our life is due to science.

Take the smartphone as an example, with the smartphone you can talk to anyone, send messages, have conversations with your loved ones by video call, as well as listen to songs. We can't spend even a day on the smartphone's bagger. All this is due to the inventions of science and technology.

Had the Thomas Edition not been there, the bulb would not have been invented and we would have stayed in the dark. Albert Einstein was also a famous scientist who exposed many areas of science and made us aware of many important facts.

Newton is called Father of Modern Science. Newton had laid before us the laws of gravity. Abdul Kalam was a popular scientist of India, whose great works we still remember.

The discovery of planets and the establishment of satellites in space has become possible due to science and technology. India has successfully launched Chandrayaan 2.

Even if we did not have complete success in Chandrayaan 2. But this was a huge achievement from ISRO. In many countries of the world, India is also making progress in the fields of science and space. Similarly, science and technology have positively impacted the agricultural sectors.

In addition, technology has advanced farmers on a large scale, resulting in increased production of crops. Science has contributed a lot in the field of agriculture so that farmers can grow better crops and crops.

Science and technology have helped in advancing various fields including Mathematics, Astronomy, Space Technology, Atomic Energy etc. While science has provided so many benefits to man, in some areas science has proved to be a curse for mankind.

Science has been used to make atomic bombs, deadly weapons and tools. Terrorists are using this to kill mankind, which is a hateful and negative act, which we strongly condemn. As long as science is used for the good of man, animals and nature, it will remain a boon. The bagger of human science is incomplete. Misuse of science and technology can produce harmful consequences for mankind.

If both scientific and ordinary humans use science properly, it will take mankind to greater heights. It depends on mankind, how he will use the power of this science. There is no doubt, science has developed mankind in every field and without this we cannot imagine our life. We use tools given by science everywhere from home to office. Science is the infinite power of mankind.