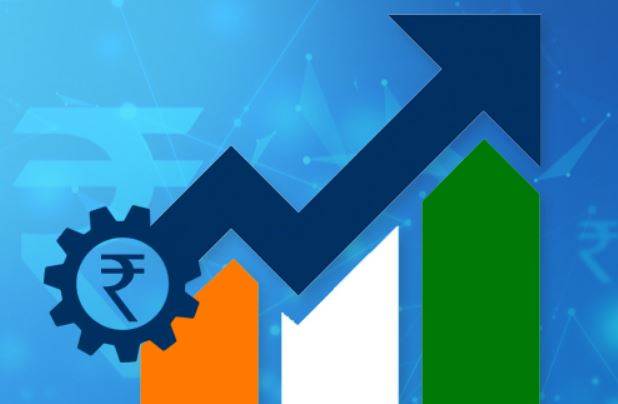 After seven decades of India's independence, Prime Minister Narendra Modi, who was in the opposition of the Bharatiya Janata Party, once in opposition for the last seven years, once again appeared as the visionary leader of the country. Chief Shweta Pandey of the Indian Army became the main person to hoist the national flag and it was for the first time that a woman was represented by India's troops on the occasion of Independence Day.

The Red Fort is the most important symbol of India's freedom struggle because the bugle of 1857 was played from here. This time the Prime Minister was addressing the nation from the Red Fort at a time when every citizen of the country is struggling with the biggest health-related tragedy of his life. In the developed and developing world, due to the corona epidemic, the only major challenge before all nations is how to prepare vaccines to protect against corona for the protection of humanity at the earliest.

The Prime Minister encouraged the people of the country, referring to the scientific invention of the vaccine in his country, and assured that the process of scientific research and testing of the three vaccines of Coronavirus is going on simultaneously in India at different stages.

Recently our border dispute with China increased in Ladakh. Even on the eve of Independence Day, Chinese military forces showed aggression on the Indian border, which the Indian military forces responded to strongly. In view of this, without naming China or Pakistan, the Prime Minister said that our army personnel from LOC (Line of Control) to LAC (Line of Actual Control) gave a befitting reply to the enemies.

Not only this, he spoke of taking strong steps for development in 173 districts of the border. Referring to terrorism and expansionism, he pointed to Pakistan and China and explained what India can contribute to combating expansionism. He not only gave courage to the people of the country through his speech but also showed a dream to take the country forward. There are many challenges facing the country at this time, but Prime Minister Narendra Modi again used this important opportunity to communicate directly with the citizens of India. It is important to mention here that the word citizen was used more than 25-26 times in his entire speech.

On this occasion, the Prime Minister further expanded his framework of development and his goals. At the time of the Corona crisis, the whole country realized that we lacked health-related infrastructure.

READ HERE MORE : How Important Is Kamala Harris For USA

So the Prime Minister talked about the National Digital Health Mission, in which health and technology will be linked together. It is estimated that under this every citizen of India will have a smart card, in which every information related to their health will be recorded and it will also be linked to the Aadhaar card. That is, every citizen's health record will be technically recorded so that there is a facility in treatment during any health crisis.

Taking forward the issues of village, society and development, the Prime Minister talked about the installation of optical fiber in six lakh villages in a thousand days. In today's era, when smart technology itself is being considered as the basis of expansion of development and school-college education is also going to happen online, in such a situation, this plan of expansion of optical fiber is very important.

Earlier, a target was made to reach the internet through an optical fiber to 2.5 lakh panchayats, out of which this work has been completed for about 1.5 lakh panchayats. Furthering his digital goal, the Prime Minister also said that remote areas of India, such as the islands of Lakshadweep, would also be linked to the digital revolution.

Apart from this, the Prime Minister has talked about bringing more money to the hands of farmers, which is also going to give a boost to the economy. On the one hand, his government is talking about border security, on the other hand, it is also talking about connecting rural and remote areas with new communication wires.

That is, for the next few years, the government's special focus will be on rural development. Throughout his speech, he repeated the talk of self-reliance several times and also gave the slogan Go Vocal for Local (Praising Local Products). Whether it is to increase the export of products or to manufacture products rather than raw materials, to prepare weapons for the army or to prepare masks, PPE kits and corona vaccines, the dream of a self-reliant India is at the center of it all.

Overall, the message is that in the coming years, there will be an emphasis on digital expansion, emphasis on local products, emphasis will be made on making the country self-sufficient in the field of manufacturing, increasing exports and women will become the center of development and they will be a border and border security In the case also, the government's strong intentions will be waved.

The next two years will be the 75th year of our independence, which will be an important day in the history of India, as he said at the end of the speech that India will be a strong, self-reliant nation on this occasion and we will do it in fulfillment of our resolutions. We will celebrate as Mahaparva.