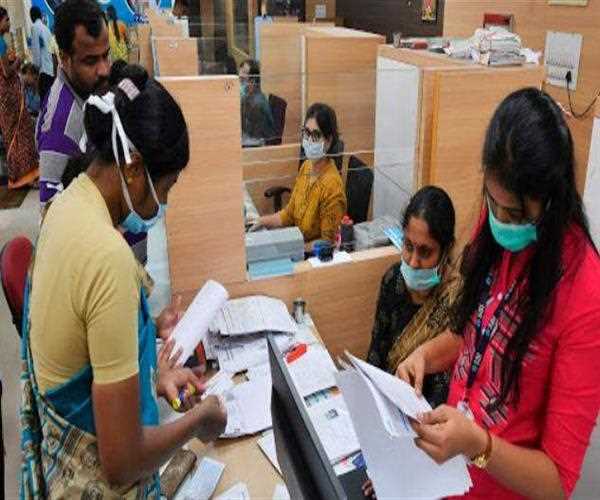 The banking sector is not only the economy of any country but also the backbone of social progress. This was the only criterion on which banks were to fail, on 19 July 1969, the then Prime Minister Indira Gandhi nationalized 14 banks in the country in a jolt.

These banks at that time accounted for 85 percent of the country's total debt disbursements, but the government felt that all this debt was going only to big business houses and the primary sector was being deprived of capital.

There was a solid reason for the government to think so. Between 1951 and 1967, loans from banks to industry had increased from 34 to 64 percent, but loans to agriculture remained below two percent. After 11 years in 1980, six more banks were added to this process of nationalization. In this way, the Indian banking sector became completely dependent on public sector banks (PSBs).

Due to this, the banking sector of the country was fundamentally plagued with many new trends. The competition was over, apathy about technology prevailed, and regulatory surveillance relaxed. These incidents severely affected the quality of governance in the banking sector. More than two dozen PSBs became the means to plant a corrupt coalition between ruling leaders and large corporates amidst the lax regulatory environment.

Many such instances came to light when the heads of public sector banks gave loans of thousands of crores of rupees to a corporate following the instructions on the phone of an influential leader.

Many times, industrialists who got loans from a PSB were already sitting on hundreds of thousands of crores of rupees from another bank. Vijay Mallya and Nirav Modi are the only high profile cases that have received much attention in the media, but dozens of such cases are on record.

Apart from these, several big scams during UPA's second term (2009-14) played a big role in breaking the back of the banking sector. In the coal scam and telecom scam, many companies bidding with loans worth thousands of crores of licenses were canceled, due to which the loan amount went to the bank's bad debts i.e. NPAs. Even projects worth thousands of crores of rupees in the power sector were drowned for different reasons. All these factors contributed to an increase in NPAs of banks.

During this period, loans worth thousands of crores were also given which were part of the government's plan to revive the economy after the 2008 sub-prime crisis. Arundhati Bhattacharya, former head of the State Bank of India, has blamed the NPAs of the banks for the period when the government strongly encouraged investment in the infrastructure sector.

But projects worth millions of crores of them could not be completed due to difficulties ranging from red tape to land acquisition. The result was that while NPA accounted for only 4.66 percent of the loans given to the infrastructure sector in March 2009, it reached 17.4 percent in March 2013.

Even after the Modi government took power in 2014, this situation did not make much difference. It is said that if the situation gets worse and worse, it will not be an exaggeration.

During the Modi government, the NPAs of banks increased from 2.83 lakh crores to about 12 lakh crores rupees. A large part of this was the loans that had roots in UPA-2, but the Modi government's decision of demonetization on 8 November 2016 also contributed significantly to it. The situation reached a point where it became clear that if the government did not take concrete measures to improve the situation, the entire banking sector would collapse.

The government then began to try to punish the guilty corporates and tighten the banks through the Insolvency and Bankruptcy Code, 2016, while the public sector banks started to protect them by giving them capital assistance.

In the last six years, the Narendra Modi government has pumped in Rs 3.5 lakh crore from the capital infusion of taxpayers to the banks to save the dilapidated banking system.

Although the government did not fix any amount in this item in this year's budget, news came from government sources quoting that the government could again give aid of 200 billion rupees to banks, because this crisis created a new wave of NPAs. The bugle of arrival has been played.

NPA is the biggest headache in the banking sector for the government and it is also clear that leaving the financial chaos of PSB unbridled, it is not possible to add taxpayer earnings for eternity. Therefore, in any case, the government wants to bring the NPA of the banks under control.

Or rather, this is the criterion that will decide how successful the government's roadmap on the banking sector will be. In the initial phase, the first phase of the government seems to be successfully completed. The government is trying to create a mix of PSBs through integration, in which small weak banks can be combined with big strong banks.

From April 1 this year, these new banks have come into existence and now turn is the second phase. Whatever be the view of the banking sector on its completion, it is certain that these recommendations of RBI and NITI Aayog are going to be the basis of all the disturbances and policy developments in the banking sector in the coming months and years.