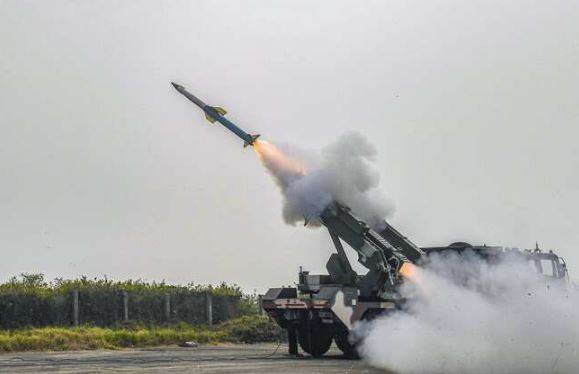 Taking a major step towards the goal of 'Self-reliant (Atmnirbhar Bharat) India', the government on Sunday released a list of 101 defense-related items whose imports will be banned for the next five years. Its purpose is to promote the production of these goods within the country.

Between April 2015 and August 2020 i.e. during the last five years, there have been a total of 260 deals of imports, worth Rs 3.5 lakh crore. Experts are rightly saying that due to this decision, orders of about Rs 4 lakh crore are going to be received by the domestic industry in the next six-seven years.

The need to make the country self-reliant in the field of defense has been felt for long. Especially after the Kargil war, this discussion had gained a lot of momentum. Even the Make in India scheme talked about developing the defense industry in the country. But no major progress in this direction has been recorded so far, a major reason for which is the lack of definite and committed demand.

Large-scale capital is required to produce defense goods, and unless there is a guarantee that the manufactured goods will be purchased on time, no investor would want to join it. The government has removed this hurdle through Sunday's announcement.

Certainly, this will prove to be a major basis for the defense industry to flourish in the country, but there are some problems as well.

Some big industrial houses of the country have started moving in this direction with the help of foreign arms manufacturing companies. With orders guaranteed, we can see them going into the process of setting up production units in the near future.

In some cases, they will have to compete with the public sector defense companies, but in the end the case will be to conform to the set standards of things and they will be priced so that buying them at home will not be a regrets deal compared to buying from outside.

If this is done then only one question will be left is whether the commitment being made towards Swadeshi will be maintained even during the border crisis.

Our army is capable of meeting every challenge and we are ready to face any situation, despite such announcements, it is often seen that as tensions increase along the border, defense purchases from abroad suddenly increase and see- Seeing that deals worth tens of thousands of crores are done Self-sufficiency is tested only in such moments.

The mantra of "Atmnirbhar Bharat" will make the defense structure of India strong from within and outside. Let enemies like Pakistan and China take a note of this. This is New India which is self-reliant, sovereign, self-defensive which can be the best friend or the best foe whichever role the next nations want it to be.