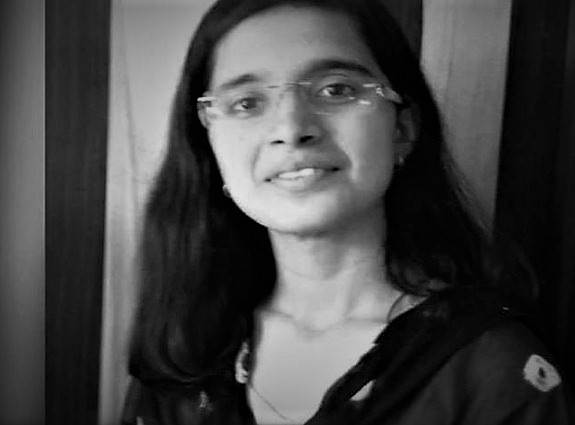 The girls are not protected even at home and now traveling on the roads is not safe for them. The case is that of the sad death of a girl named Sudiksha Bhati from Bulandshahr district of Uttar Pradesh.

This is not the first time nor the last time, but the question will always remain that when will one day come when the girls can walk safely on the streets. First of all, know what is the matter and become aware of the questions arising from it.

Sudiksha Bhati, who lives in Greater Noida, studying at a scholarship of 3.8 crores at Bobson College in the US, came home due to the corona pandemic. The dreams of Sudiksha, who fetched 98% on the 12th, were shattered on Monday.

According to reports, on Monday, Sudiksha was going with her uncle to the maternal uncle in Bulandshahr on a bike. On the way, some riders on the bullet started harassing her. The vehicle did not control and the accident occurred amidst repeated overtakes by the roadside biker stalkers. Sudiksha died on the spot in this accident while her uncle is injured.

In the year 2018, Sudiksha was in the headlines of local newspapers. She topped Bulandshahr district in the 12th. The process of initiation at Darin Schner village near Dadri changed overnight when she received a scholarship of Rs 3.80 crore from Bobson College in the US. His father used to maintain the family by running a Dhaba. Everyone had great expectations from the daughter, but an accident has killed all the dreams.

Sudiksha was very fast from childhood. The media reports of 2018 reveal how she was moving fast even after struggling with difficulties. She also achieved American Scholarship in 10th. After 12th, she was admitted to 100% scholarship by Bobson College.

2016 was the year when dreams of Sudiksha got wings. An institute from Pennsylvania chose Sudiksha for the summer program and she went abroad for the first time in July. She was one of the 76 students selected from India. It was only after that experience that Sudiksha decided that she would study further from America. She started preparing for exams like the SAT and TOEFL. Finally, she was successful and in 2018 he was admitted to Bobson College on a full scholarship. Former UP CM Akhilesh Yadav had honored Sudiksha.

Sudiksha, the eldest of six siblings, lived the struggle. In 2004, her father started the business which collapsed. Sudiksha, who was called 'Sonu' at home, recalled her struggle two years ago in a conversation with our associate newspaper Times of India, saying, 'My school fees were not paid for a year. I am in class 2 Was a topper but I was told that I would give the trophy and report card only when I would pay the fees. Initially, I was very angry with my father and blamed him for not being able to read. But a few days later I took admission in a government school. '

The financial condition of Sudiksha's house was not good. The father runs a small dhaba and the mother manages the house. In 2009, economic conditions had become so bad that Sudiksha had to leave school. Perhaps at the same time, Sudiksha had decided that the money would never be allowed to stagnate.

Be regret it or shamefully, two years ago, the daughter of Uttar Pradesh, who brought fame to the whole world, became a victim of bad faith on Monday. What the hell is wrong with the pervert boys who cross all the limits and make a girl die in an accident by overtaking her vehicle. How would they feel If the same thing happens with their sisters or family female members ? When will the law and order make a mechanism for quick justice for women in India?

God forbid, this shall never happen to any of the girls but sadly plus shockingly it does happen, and with the investigation and prosecution is still low after Nirbhaya's case we cannot swift justice for this accident case which is indeed the murder of Sudiksha Bhati. We want #JusticeForSudiksha can be an online campaign but she's gone due to those bastard perverts who just wanted to sexually assault, Yes! that's why even our female friends feel uncomfortable with us even they know that it is totally okay to be with the close ones. Farewell! Sudiksha, we pray justice is served in your case and sorry on behalf of this society which cannot protect it's girls.