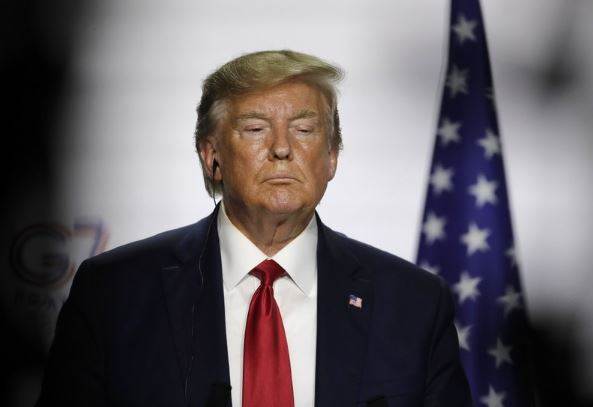 Even Donald Trump Is Not Safe, Twice Assassination Attempts Suspected

Even the most high profile and heavily secured head of the state in the world, USA President Donald Trump is not safe. He has just faced twice assassination attempts. So when even Trump is not safe how can a normal mediocre person be safe in the United States of America with a sigh of security relief.

The U.S. secret just managed to somehow place Donald Trump under a security cover by abruptly escorting him out of his White House press room in the midst of a press briefing as suddenly shooting starts going putting his life under danger.

Donald Trump however managed to return to the media room just after several minutes later just to show 'Everything is OK because Pappy is back!'. Now even at gunpoint an over brave man like Donald Trump can dance and say 'Oh! Are you gonna shoot me ?' Now we have a serious issue to talk on because he was put to danger at his own official address and needless to say this has everything to do with assassination attempts on the US president himself who running a re-election campaign this year.

READ HERE MORE : Sachin Pilot Is Back In Congress But All Is Not Okay

Communism might not be banned in the US yet is it has always been anti-Trump and the Republican party for sure. Another conspiracy theory is gaining rounds that the Islamic World has sought out its internal differences and wishes to eliminate US president for good as he called for a war against the 'Islamic Jihad' in practicality.

They are also backed by China, who is the worst enemy of US under Trump administration since trade war followed by ongoing corona pandemic and with the closing of it's consulate there are high chances that China is against the very life of Donald Trump who is adopting a strict stand on the communist state which has indeed put whole human race on risk by generating this coronavirus also called 'Chinese virus' for the whole world bringing death and doom to its fold.

As per this shooting, the incident is concerned, a person is reported to have been injured in it and the investigation has started as to how an officer was involved in this. Trump and the team are safe and the country is under shock as to what is going on every now and then. We will only say that Donald Trump should not lose focus because of this attack attempts and be on sentinel alert as US history of Presidents getting assassinated is quite old, whether it is John F Kennedy or even legendary Abraham Lincoln.