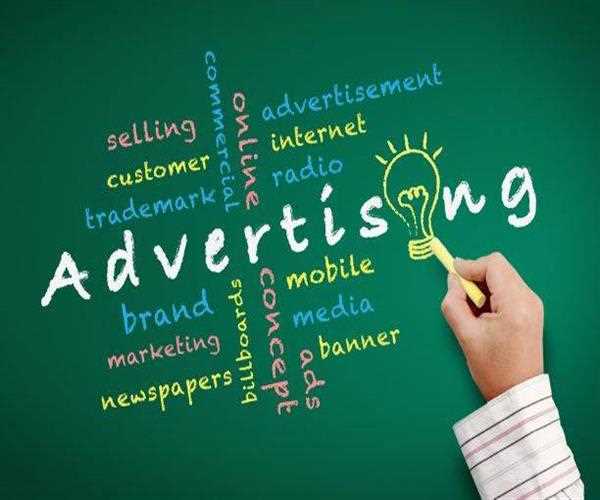 Language Of Advertising Changed For Good

Today's world is set in breathtaking advertising space. Its language and methods were earlier common. The aim was to maintain the customer's emotions even while doing business. Adds confined to newspapers, magazines are now reaching home through television.

The availability of a selection of oil-soap to a life partner can also be made easily by advertising. This advanced medium of communication is now serving everything brightly and in a flashy manner. Customers are upset about what to buy, what to leave. They affect the eyes, ears and brain, but it has a big impact on the pocket.

Popular faces are resorted to to win trust. When our favorite hero-heroine is selling her, who will doubt her credibility? Even a small needy item used in daily comes into the house after seeing the advertisement.

Advertising agencies that identify the pulse of the audience create emotional advertisements according to the festival and season. On the occasion of Rakhi, so many chocolate advertisements are shown that the sisters hold the chocolate boxes in the brothers instead of the traditional sweets.

A religious world has made every age group an industry gripped at the social level. Churchill had said that, apart from mint, no one can produce currency without advertisement. Selling the deal has taken the form of revolution. The language of the advertisement changed overnight.

Advertisements began to accompany the plot. Remember, in the beginning of the century, the car advertisement that emerged on the TV's illuminated window, in which the father asks, "Did you get your report card" while taking the son home from school in a new car? The son sits in the car without saying anything.

The father and son are thrilled at the speed of the car. Father asks again, Did you get your report card? As soon as Sahebzade says, the gear of the car changes, she takes the speed. The intelligent son senses, the father is having extra pleasure in driving a car.

After taking information about the number of every subject, the father asks, as you rotate the steering of the car, how much in maths? Due to the rotation of the steering, Father cannot hear Marks. Brake then ask, how many in mathematics? Chiranjeev, a mathematician who understands the physical features of life, realizes his father's attachment to the car.

Instead of revealing his points, he replies, Dad, can we go for drive again? The speed card of the car goes back into the report card. The psychology of which advertisement was the subject is a different subject.

Despite all the criticisms, advertisements are an effective means to improve our standard of living and increase production. 'Cold means Coca-Cola', 'Let something sweet happen', 'Use first-then believe' or advertisements of Amul's public consciousness word plan and the word Kautukam.

Advertising today is scaring us, directly intimidating. Who will not take a policy when a famous actor will defend life insurance and health in the form of Yamraj? If you straightforwardly follow, then we go. The insurance company giving the message of 'Yogaksheem Vahamyam' has saved the humble sense of 'even after life with life' in the civilized language.

The advertisement, which aims to maintain the feeling and harmony of the society while doing business, is becoming a means of forgetting its purpose and earning money and withdrawing money from the consumer. In a home loan recommendation, a bank had suggested the unmarried son to stay away from his mother in a very interesting way.

Its language has been scaring us for the last few months. Advertisements are being made out of fear of words like immunity, viruses, and germs. Suddenly every ghee, oil came with resistance elements. Oil, milk, shampoo, cardamom, lemon, turmeric, aloe vera and everything else. Advertising, which literally means a specific memo i.e. information, is not auspicious to be rude in form and language.