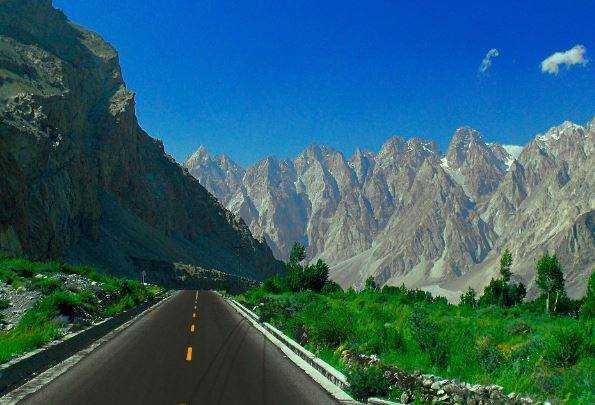 All Weather Roads : Way Of Development For Villages In India

The debate about environment versus development seems to be never-ending. People of both classes are adamant about their stubbornness. There is no major scheme of the country in which swords are not pulled in them. Look at the All-Weather Road in Uttarakhand, which has always been in the news.

In this ambitious plan, an exercise has been made to connect all the four dhams with a road and two major goals have been considered for connecting it. Better connectivity will increase the number of passengers in these four dhams. In times to come, such facilities will also give rise to many other types of tourism.

To a large extent, it is also true that the biggest role in any kind of tourism is better traffic facilities. The scheme has faced many protests since its inception. The tree planting that took place in All Weather Road raises many ecological and environmental questions.

In such a situation, environmentalists consider it tampering with nature in the name of development. And this is the reason that after all kinds of dispute-discussion and public interest petitions, the Supreme Court issued an order and decided to investigate it to a committee.

Regarding the matter of All Weather Road or the environmental damage done in other development works of the country, such questions keep cropping up in the minds of environmentalists. Governments have to face direct opposition to them and also have to suffer losses.

The biggest drawback of the government on such issues can be seen in the same way that it never gathers any big public discussion and consent before the decisions of such schemes. All-Weather Road has also been involved in similar controversies when this plan of the Center was being started by linking it with the state government, its announcement and its completion dates were also announced.

There was no discussion on any of its ecological aspects, which caused environmentalists to suffer and worsened their togetherness. The Supreme Court, taking this into consideration, ordered the formation of a committee and also ordered a report on it. The question is, what kind of approach will we adopt in such schemes? Because there are claims of big gains in them.

A state like Uttarakhand, which is still waiting for development even after 20 years, how many schemes are pushed back due to controversy here. These schemes should also be viewed from the point of view of the progress of the state. For example, should the construction of roads in the mountains be banned?

If this is the case, will we be able to do justice to those remote villages, which are looking for development through roads?

What to do to protect the environment and nature that take us to prehistoric or stone age? In such cases, we do not look from the right perspective and create a dispute between the two classes, those who are in favor of development and one who does not suffer environmental damage at any cost.

People of the first-class blind in the slogans of development ignore prudent understanding and scientific aspects and ignore nature. On the other hand, nature and environmentalists love nature to such an extent that they reject other complex issues of home and village, which are associated with such development.

READ HERE MORE : Whatever Happens Just Go With It !

Sometimes the protest deviates from the main issue and gets stuck on egotistical and obstinate screws. Both these classes are unable to show rationality in themselves.

On the one hand, for the sake of development, we surround the governments and keep swapping our owls. Actually we are dual-character people and suffer from opportunism. In the villages where the road did not reach, we accepted mobile, TV and other gadgets, but also use them ourselves.

In such a situation, how can unjust opposition be justified! If you check the priority of any village in any corner of the country, then the road is number one, because development has to reach the village.

Where the road did not reach till date, all the products of the cities made the villages a big market. Infrastructure development and roads are the only way to find an alternative to urban products licking the economy of villages like mite. We are raising slogans of self-reliance today, but the truth is that we have not structured our villages in such a way that they can compete with the products of cities and other parts of the world.

There are no mountains and roads in our own country around the world, there are more mountains in Europe and China. The construction of roads far and wide has led to their progress. It means that our first desire to travel abroad or destination is Europe, where the network of roads is spread and it will be our compulsion to accept that they are always more environmental and nature lovers.

Development should not be perishable, but if it is not to be, then government, society, facilities and systems are not needed. Now is the time for alternatives, not protests. We form the government, it does not come from the other world. There is a need to have a fresh dialogue with ethics, which should not be one-sided but understand the difference in progress and development and not ignore the requirements and ignore the luxuries, only then we will be able to become a society with balanced understanding.

Actually the difference is the same that for any major construction there, mass democracy is necessary. And people also take part in a big way. Therefore there is a balanced initiative. Then all the schemes are also ecologically focused there. We remain missing from such dialogues before us, or the government secretly tackles them.