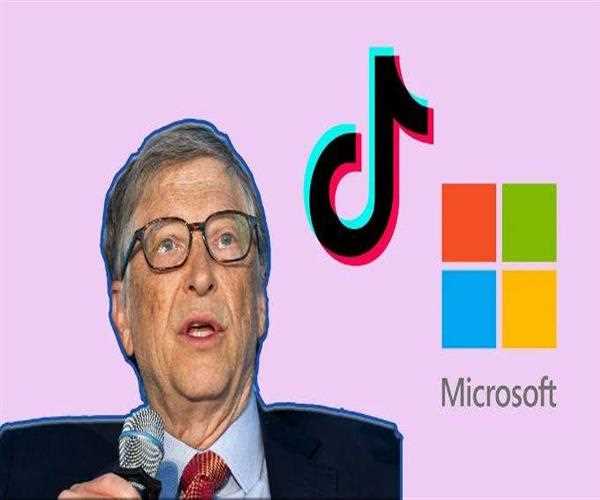 Bill Gates, the owner of Microsoft Corporation has made it very clear for the very first time in a sophisticated yet philosophical manner. It is pretty much to generate spur in the whole technological area around the globe but we have to accept what Gates has said and not what we might have expected or thought to happen.

In reference to the already hot and trending Microsoft-TikTok deal the Microsoft owner has cleared his stance by calling the prospected trade deal as 'poisoned chalice' . In an interview with the famous magazine the Wire, he made it clear by stating that social media is not simply along with the ongoing encryption issue which may compromise the tech giant's well-established goodwill.

He seems to favor the toughening and ongoing social media competition by terming it as 'pretty bizzare'. Mr Bill Gates seems to have a calm posture in this regard and with the tech world completely taking shifts back and forth he does not seem to call it a day with the Chinese app which is already facing a huge backlash of getting banned thanks to the Narendra Modi government which showed the courage to the world that Yes! anything is possible if you have firm will.

He again clicked up the second stance and here comes the interesting part where he is not going to clear out the air regarding this high stake deal. He said that it is not clear as to whether the deal is going to happen or not but we might be able to see a big turn of events in near future.

Donald Trump administration has already given a clear ultimatum regarding the deadline to make sure that either Twitter (which has recently shown keen interest in buying TikTok's American operations.

ByteDance which is the overall owner of this video sharing and creating a platform is simply open to anyone investing in it. When Reliance Jio and Facebook can join hands together to lure the Indian customers why not simply TikTok or any other Tech firm.

Is TikTok really that chaotic and untouchable that nobody is going to put up a mark of interest in it directly? I think it is more to with the Chinese background angle than any other thing.

Why does not a Chinese tech firm like Xioami, Huawei show any interest to sort out the stake in TikTok (let it be in an overall sense)? They would not do so because one thing is certain that is Chinese companies do not work in a binary way or adjoined way, they just either merge with the other foreign entities or work for them as a subsidiary or joint venture.

In this corona pandemic, Microsoft does not want to risk it with TikTok so it will let the way in for another company but this is also a very important fact that so far it has gone missing from the strong world of social media dominated by Twitter and Facebook. Let's just keep fingers crossed for the moment and go with the flow as to what time has to offer when Bill Gates takes up the final call.