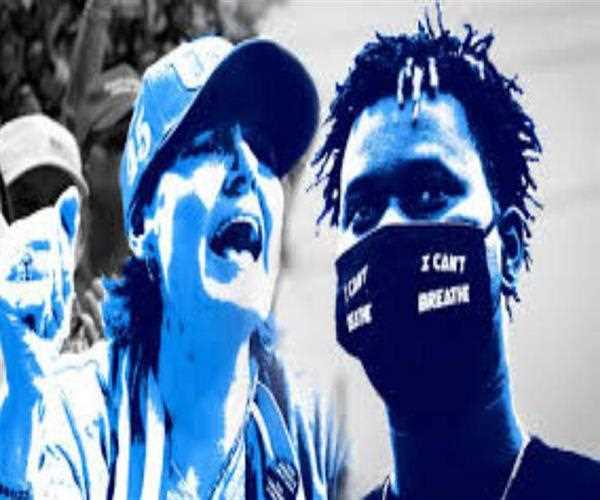 What The Heck Is "Mask Politics" In Corona Driven USA ?

Amidst mask politics in the US, New York Governor Andrew Cuomo has asked President Donald Trump to issue an executive order to wear the mask. The New York governor said this at a time when Trump had arrived at his Tulsa election rally in the midst of the Corona epidemic in America among his followers without wearing a mask. After this, the debate on this act of trumps started in the politics of the country. The opposition condemned this act of Trump.

Governor Cuomo has urged President Trump for two things. First, Trump signs an executive order to wear the mask to everyone and secondly use the mask himself to prevent corona spread. Explain that the opposition has accused Trump of violating all norms to prevent the spread of coronavirus. The New York governor invited Trump during his press conference, through an executive order directing everyone to wear masks.

President Trump's election rally in Tulsa, Oklahoma province has been in the news since the beginning. Recently, a Washington Post was quoted as saying that during this election rally, speakers with physical distance messages chanted on chairs were removed by the organizers.

All this happened at a time when Corona is the most infected in America. Corona outbreak has not stopped in America. Actually, thousands of chairs were put here during the election rally. These chairs were fitted with stickers to maintain physical distance. On this sticker it was written, "Don't sit here, please." The newspaper claims that the organizers of the rally removed the sticker.

The Washington Post quoted a person involved in the incident as saying that Corona management in the US had pasted not-sit stickers on 12,000 seats in view of the security protocol.

However, hours before the rally, campaigners had asked the event management to remove the sticker. Trump's election rally got mired in controversies about this. Billboard magazine covering this election rally of Trump has shown a video removing stickers from thousands of chairs.

READ HERE MORE : Only India Has The Power To Give Befitting Reply To China

While surveys show a lion's share of Americans wear covers when out in the open, regardless of whether organizations and neighborhood governments should order veil use has become a disruptive policy-driven issue. An ongoing Pew Research Center survey discovered Democrats were bound to state they wear covers than Republicans.

This is in accordance with informing from pioneers inside the two parties. Democratic pioneers have been increasingly vocal about the significance of face covers. Numerous Democratic governors have made it compulsory to wear covers openly.

Joe Biden, the hypothetical Democratic presidential candidate, said on the off chance that he was in the White House, he would "do everything conceivable to make it necessitated that individuals need to wear covers out in the open".

Interestingly, while numerous Republican chiefs have likewise taken a stand in opposition to the significance of veils, other top Republicans have been progressively reluctant to command covers, even as their states have begun to see floods of new cases in the midst of reviving stages. The clearest of these is Donald Trump himself.

What's more, however, the Centers for Disease Control and Prevention (CDC) prescribes wearing covers to forestall the spread of the infection, the US president has proposed wearing a veil could be viewed as a political proclamation against him and derided Biden for wearing a cover out in the open.

That message has arrived at the general population, who have transformed veils into a "culture war". A few organizations have set up signs advising supporters they are required not to wear veils, while retail workers somewhere else have needed to go up against furious clients who will not wear them.

What began as generally cover fewer fights against shutdown orders has spiraled into more extensive enemy of veil assumption. As states have gradually revived their economies, numerous mainstream stores and nearby organizations are expecting clients to wear face covers when in stores.

Along with these lines organizations, and especially their representatives, are progressively ending up on the forefronts of the veil banter. Stores that have been severe about covers have announced an uptick in furious clients who lash out when representatives attempt to dismiss them for not wearing covers. The most extraordinary case has been in Flint, Michigan, where a representative of a Family Dollar store was shot on 4 May in the wake of advising a client her girl needed to wear a face cover to enter the store.

General wellbeing specialists consistently concur that veils help moderate the spread of Covid-19. The CDC and World Health Organization both discharged proposals to people, in general, to wear covers when social separating is beyond the realm of imagination.

In spite of the fact that veils alone won't totally end the spread of the infection, the late examination has indicated that wearing them is the most proficient approach to stop its transmission. Fauci, at an ongoing talk, said everybody should wear a cover in broad daylight and it "ought not to be a policy-driven issue. It is simply a general medical problem."