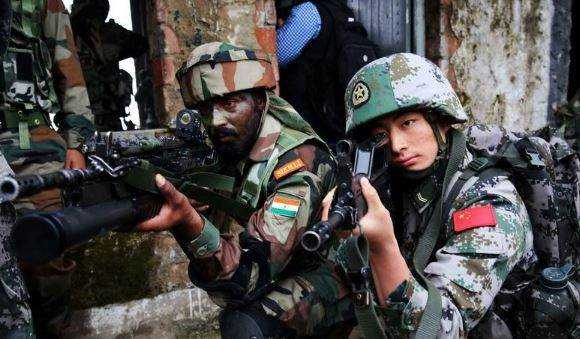 Only India Has The Power To Give Befitting Reply To China

China's military has often violated the Line of Actual Control. Last year he violated it more than 200 times. But what he did in the past on 15 June in Galvan Valley remains a mystery.

It is difficult to understand why the Chinese military disobeyed the agreement between the generals of the two sides on June 6 and broke the peace on the LAC in the past. There can be many reasons behind this, for example, its national security, regional and global status and China's dream of emerging as the most important country in the world.

Apart from this, the criticism of China in the international world has increased due to a lack of clear disclosure about the source of Covid-19. Xi Jinping's leadership is being questioned in domestic politics. The troubled US president has threatened to end the relationship in response to China asking for $ 1 trillion in damages and asking American companies to exit China.

As well as the rapidly growing proximity between India and the US fears about India's role as the newly elected chairman of the World Health Organization's 34-member executive board, which has now raised a demand for an investigation into the source of the Covid-19, Belt and Road India's decision to stay away from the Initiative and Regional Comprehensive Economic Partnership (RCEP), the virtual presence of two BJP MPs at the swearing-in ceremony of Taiwan's new president, India's participation in the Quad and LAC's ability to build infrastructure across India Construction has worried China, in particular, the 255-km road that connects Leh to the Karakoram Pass and is expected to be completed by the end of this year.

This road will reduce travel time and will enable India to keep an eye on China's occupied Aksai Chin area. If needed, the China-Pakistan Economic Corridor can also be disrupted through this. China has also been intrigued by making Ladakh a union territory.

It may also be that China considers India the biggest obstacle in its dream of becoming a superpower country by ending US domination due to its size, population, and economic potential.

Therefore, by implicating India in violent conflict and occupying its territories, it not only wants to end India's aspiration to become a major global player but also to send a message to other countries and external countries of the region that any anti-China group The consequences of joining can be serious.

Therefore, Chinese aggression in Galvan Valley should not be seen as isolated, it was a pre-determined skirmish, which should be seen as an extension of China's recent aggression against its neighbors in the South China Sea and Australia.

But the way Indian soldiers responded, which led to the deaths of twice the Chinese army and some of them were arrested along with their vehicles and their construction work on the Indian side near LAC was demolished, the 1962 defeat. Buried the ghost of. Psychologically, this would have boosted the morale of the Indian Army and sent a stern message to the Chinese leadership not to take India lightly.

Since there has been talking of India walking with arms along the Line of Actual Control after China broke the agreement on peace and stability on the border, in the future, there will be more bloodshed if there is any conflict on the LAC in the future Fears will also prevent the Chinese military from any kind of action.

Once this noise of clamor, resentment, passion, and retaliation cases, both sides will realize that there can be no military solution to the border dispute. For this, a political settlement has to be made, so that the people of both countries are benefited. Wartime, its bravado, and rhetoric are not going to benefit. Peaceful diplomacy and political dialogue with maturity and foresight can better resolve the border dispute, which is the need of the hour.

The defense minister's presence in Moscow to witness the victory parade and the foreign minister's virtual presence at the Russia-India-China meeting could possibly lead to an exchange of views on the deadlock over the LAC. Xi and Modi have met 18 times, including three informal summits.

The warmth, cheerfulness, and personal relationships generated from these meetings should now be more fruitful than ever. China should realize that it cannot threaten India. Of course, China's economic and military power is four times bigger than India, but India is the only country that can counter it. China should treat India with respect and avoid increasing its troubles in countries like Pakistan, Nepal, Bangladesh, Maldives, etc.

For the next ten years, India should focus on keeping its home in order: maintaining social harmony, rapid economic growth, creating infrastructure and employment, and creating an investment-friendly environment that will attract major foreign companies. If the possibility of becoming a carrier of economic policies and implementing it is narrow, then Make in India, self-reliant India, and becoming the hub of the global supply chain may complement it.

At a time when both India and China are fighting a battle with COVID-19 and their economy is witnessing a rapid decline, these two giants of Asia cannot face a confrontation. Although our national interest will be satisfied by being close to America and other democracies of its kind, joining any anti-China camp will not benefit. Remember, if war breaks out, India will have to fight it alone.