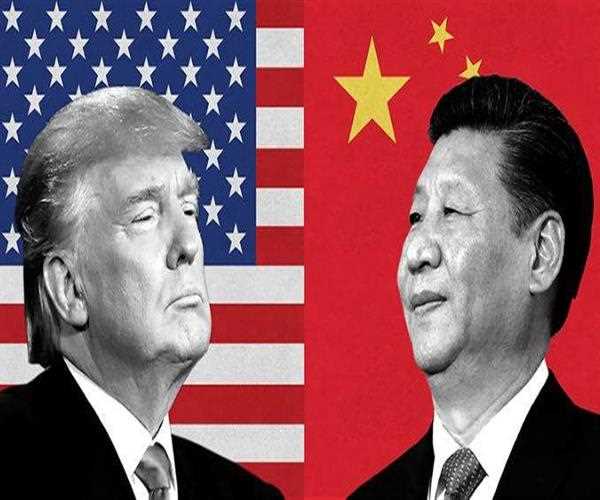 US President Donald Trump has once again blamed China for deaths from coronavirus infection. A Trump spokeswoman said that the US President believes that China is responsible for the spread of the deadly coronavirus across the world, due to which more than four and a half million people have died across the world. At the same time, one lakh of 22 thousand people have lost their lives in America alone.

Donald Trump has many times accused China of not sharing the Coronavirus information with the world at the right time. However, China has been refuting the allegations every time. White House press secretary Callie McKenney said in a press conference that the president had never felt sad that he had put the responsibility of spreading the virus to China all over the world.

The President has said that he is standing with the American soldiers whom China is promoting. At the Tulsa rally last week, Trump used the word 'Kung Flu' for the virus, which is being seen as a racist comment. The press secretary was answering questions related to this. When asked why Trump used the term, he said, 'The President did not use racist language. The President simply pointed to the fact that the virus has emerged from China. '

The spokesperson said, "It is better to point out that China is ridiculously trying to rewrite history, ridiculously imposing Coronavirus blame on US troops." China is trying to do this and the President is saying, 'No, China, I will blame its birthplace for this virus'.

The press secretary said that Trump was using such an idiom not for Asian-Americans, but for connecting the origin of the virus to its origin. He said that America protects its Asian American community in the US and around the world. They are fantastic people and they have nothing to do with the spread of the virus. These people are working with us to get rid of the virus.

McKenney said some media houses blamed the president for using the term 'Chinese virus' or 'Wuhan virus', even though he himself has used it. He said that the media is playing with the terminology of this virus, while the focus should be on the fact that China allowed the virus to spread worldwide.

Donald Trump is a right-winger nationalist and definitely will not have any friendly sense against the bloody communist People's Republic Of China. So even though the left-brigade hates Donald Trump (which surely it does) nobody of the nationalist and pro-America idealogy be bothered about what might happen next and all.