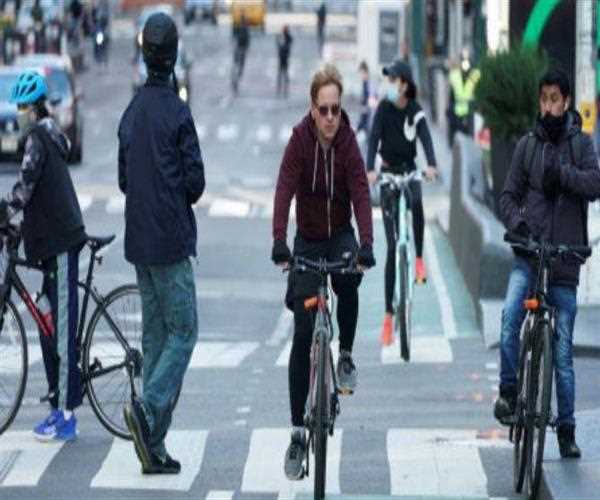 Bicycles Sales Go Up In US During Coronavirus

In this era of coronavirus epidemic, gym-goers are avoiding going there for physical fitness. Passengers are afraid to use public transport and families are raging indoors, so the sales in the bicycle market have gained momentum and are growing at a pace not seen in previous decades. USA, in particular, is seeing a rise in bicycles during the coronavirus pandemic, seems like the Silicon valley "use bicycle" model is getting adopted by the people to adapt themselves during the corona unlock as well lockdown.

Big sellers like Walmart and Target in the US have run out of bicycles. It is also selling well in small shops. "family bikes are being sold in these shops. Sales of bicycles in the US during the last two months have recorded the biggest jump since the 1970 oil crisis. J. Tawanli says this. He analyzes the bicycle industry under a man-made solution."

"People are very nervous and are buying bicycles like toilet paper now," said Tawnali. Just as people had flocked to the stores to buy toilet paper and hand sanitizer at the beginning of the epidemic, the cycle is now being purchased.

This view is being seen all over the world. The cities where the streets of cars were crowded. Separate lanes for bicycles are now being built in those cities. Separate arrangements are being made for them by cycling on the roads, while public transport has been cut.

The local body of London has planned to ban cars from entering certain interiors of the city. At the same time, shopkeepers selling bicycles in the Philippines capital say that the demand is better than the Christmas festival. The government is promoting incentives for bicycle sales in Italy. Up to 60 percent discount is being given on the price of the cycle in the post-lockdown incentive package.

Trump administration is also promoting the bicycle usage program and for short distances travel people all over the US states are being encouraged to use bicycles. It is really important that we use bicycles as much as possible it is cheaper, eco-friendly and pro-health. Your legs, hands get a much-needed exercise boost plus your eye-hand focus also works in handy.

So If you are in the US then go ahead and take up the bicycle usage program and make sure that you are fit enough to strive not only survive. If you cannot buy a bicycle then you surely rent one from your nearby person....a friend or neighbor maybe? Happy bicycling US peepz!