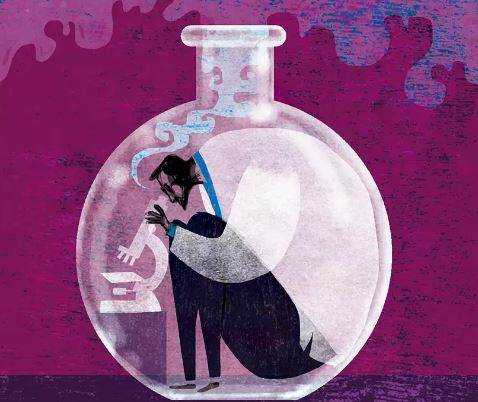 The Approach Of Science Against Disease Epidemics

In the prestigious Rede lecture of 1959, CP Snow underlined the vast difference between the giants of science, social science, and humanities. Giving the example of Cambridge University, he said that even the historical achievements achieved by the scientists there could not bridge the distance of science from branches like social science and humanities.

In this context, Snow's coined phrase 'two cultures' fits perfectly. Of course, the perception has changed more or less during the last six decades, yet the difference still remains. In his famous work, The Structure of Scientific Revolution (1962), Tomas Kane states that in scientific discovery there is always a need to produce models based on broad consensus. Since change is inevitable, new challenges always arise in the transition period.

In this phase of the Covid-19 pandemic, when the vaccine is yet to be found, India-born Nobel Prize-winning scientist Professor Venkataraman Ramakrishnan has asked the scientific fraternity to create a robust framework of scientific discovery to better meet the current challenge.

He has also said that since science is a work done on the basis of collective and mutual support, the spirit of competition should be avoided in it. How difficult it was for the scientific community to find a solution was also discovered in 1981 when HIV spread rapidly in San Francisco and the homosexual community of New York.

The HIV virus vaccine has still not come, it is a different matter that its terror has been reduced slightly by resistance measures. So now AIDS does not mean death.

Corona is a new virus, but what is encouraging is that much has been found to address it in a very short time, which, according to Professor Ramakrishnan, is the result of 'continued international engagement in the field of science'.

But still, it is not known why the infection of this virus is easily compared to other viruses, and why some people are more brittle than others. Ramakrishnan not only tells about the challenge of getting the vaccine for this virus, but it also reminds us that even after forty years there is no AIDS vaccine, nor many other infectious diseases vaccines have been found. In such a situation, serious efforts are also needed to treat the coronavirus.

He warns that 'in the light of new evidence, scientists should have the tendency to admit their mistakes and learn from them'. Uncertainty is associated with any scientific discovery, while mistakes are inevitable. In order to overcome these challenges, internal dialogue and discussion are very important.

He says that in such a situation, the policymakers should not make scientists a scapegoat when making tough decisions. Indeed, the uncertainty and practical thinking of science complicate the decision process. In such a situation, scientists often take wrong decisions, but this cannot be questioned on their competence and integrity, because scientific studies and conclusions are ultimately based on the available facts.

Professor Ramakrishnan reminds us that when Corona first started to spread legs, it was believed that Britain was capable of fighting it. But subsequent events falsified this notion.

In such a situation, it is more important to be prepared to meet any future challenges. This should also make policymakers and others understand how difficult it is for the scientific community to find a cure for the coronavirus or an epidemic.

COVID-19 is a severe epidemic that is taking countless lives across the world. One thing is sure that it is going to be a long battle against this medical tyranny and the way science is approaching against it, we must be optimistic that very soon a vaccine would be made available for the entire mankind against the coronavirus.