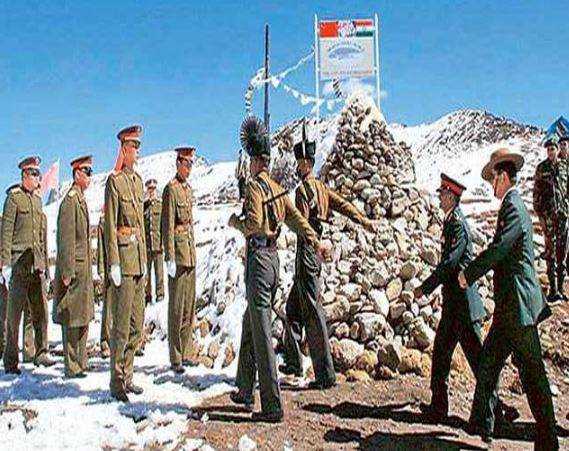 Why China Backed Off IN LAC Ladakh ? 3 Quick Reasons To Understand

China, trying to capture Indian land in Ladakh, has to step back. After the deployment of thousands of soldiers along the Line of Actual Control, the Chinese army has retreated about two km after it failed to achieve its plans.

China was working on a strategy of moving slowly along all the major places along the Indian border including Ladakh. China, like Doklam, also hoped that it would occupy Indian territory, but this time it did not appear to be due to three major reasons.

First, the Indian Army is preparing a vigorous response on its behalf. There was a clash between Chinese and Indian soldiers in Ladakh last month. China displayed aggression on the LAC near Galvan and Pyongyang Lake and began to increase its troops under pressure tactics. In response, India also increased its troops on the LAC and also deployed arms, tanks, and warfare vehicles in the area on par with China. Despite this, India also opened the way for dialogue between the two countries.

The second reason is China's internal crisis. The Chinese economy is going through a severe recession due to the Coronavirus. Exports from China have come down, causing unemployment and discontent among its citizens. To suppress this, the Chinese leadership is playing the card of nationalism and sending its troops to the Ladakh region of India, inciting the citizens of their country against India in the name of nationalism.

On the other hand, it is unable to do anything in Taiwan and the South China Sea because of America. Apart from this, China started the Belt and Road project by spending billions of dollars, but it does not seem to benefit from it, it is also causing dissatisfaction there. The third reason is the increasing global pressure on China. He has an extensive war with the US on the issue of trade.

Not only this, but countries like Japan, Vietnam, Australia, and Taiwan are also continuously opposing China's expansionist policy. All-round China cannot afford a war at this time with the world's largest army. China also does not want to lose the Indian market, which is why it has to soften its stand in Ladakh.

If we look back, our neighbors are infamous for betrayal under the guise of assurances of good conduct. It is another matter that in the event of encroaching the borders, the Indian Armed Forces have displayed their courage from time to time and have kept the enemies out of their range.

When Pakistan encroached in the Kargil sector, India got a lesson that it would have to ensure that such infiltration never happens again under the cover of bad weather anywhere in the entire Himalayan region. The Government of India and our Army should learn a lesson from many incidents that the security of our border is to be considered as paramount in any case and there is no compromise with it.

A few years ago there were frequent and open-mouthed encroachments of Chinese in the finger feature on the Ladakh sector and the Sikkim border. At that time the Chinese were demanding that India should not strengthen its defense system in the region after it had entered into Ladakh about twenty km. The Chinese had destroyed the old bunkers at that time and insisted that the tin structures sheltering the patrols in this area also be demolished by India.

Apart from this, cameras installed by the Indian Army to keep an eye on the area were also destroyed and their pieces were handed over to the Indian authorities. All this happened because at that time India did not have a permanent presence in the area. But now India has greatly strengthened its position in these areas.

Meanwhile, in the last meeting of military officers of both countries, India has made it clear that it wants good relations with its neighbors, but if any country looks at our borders with a bad eye, then it will have to suffer its bad consequences.

Chinese Army has not fought a war for the past 41 years and hence they are not war-ready. We can expect them to normalize themselves but the channel shall be diplomatic rather than defense.