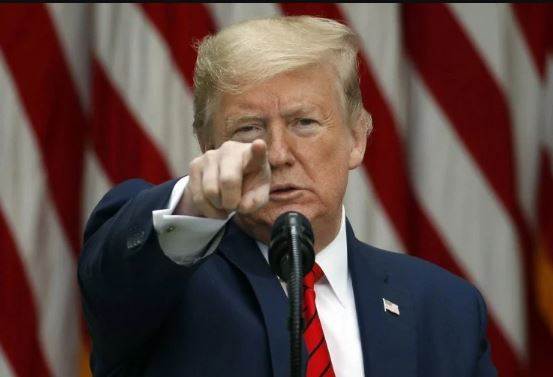 US President Trump has severed ties with the World Health Organization (WHO), accusing him of being controlled by China. Trump alleged that the WHO was unable to carry out the reforms that were desperately needed. If we look at the policies of US President Donald Trump from the beginning, then there is nothing unexpected in it.

Since becoming President, he has been advancing the policy of 'America First'. Generally, he prefers bilateral relations more, in which there is talk of mutual transactions. Since he has been a person of business background, he is more focused on mutual transactions and he also gives more attention to American interest in that.

Whether it was the issue of climate change, or the issue of the WTO, or the issue of regional trade launched at the initiative of the US, he pulled that off too. He also pulled out of NAFTA (The North American Free Trade Agreement) and established separate trade relations with the countries involved. So in a way, this is their background. In the same way he did in military alliances, be it NATO, Japan, and military alliances with Korea, in each he said what you are giving to America.

While looking at the history of the past, the United States has contributed immensely and played a leading role in all the institutions of the global organization. Be it the United Nations or the League of Nations, which was formed earlier. When the era of globalization went, it also happened at the initiative of America. At that time, the United States felt that not only governments, but private organizations should be taken along in all these initiatives.

But Trump keeps all these aside and follows the policy of America First and deals accordingly. Following the same policy, he wants the voters who are with him to remain firmly with him. He wants to prove himself to be the best deal. Now that the presidential elections are due in November, he is trying to remain in the White House for the second time. So I think the decision to break the relationship with the WHO is the same.

Coronavirus is called the Chinese virus or Wuhan virus. In the World Health Assembly, he pressed heavily against China, but he did not get such success. China has agreed to investigate the spread of the corona virus, but the responsibility of that investigation has also been given to the WHO.

Even though more countries will be involved in it, but the way America wanted to put tremendous pressure on China, it is not necessarily the same. Actually, there is a lot of pressure in front of Trump himself. More than one lakh people have died due to Corona in America. Apart from this, there have been many cases in which the police has used excessive force against blacks.

There are demonstrations against this too. Trump has said that if the need arises, he will call the army to handle the situation. In this way, a situation of chaos has arisen in America. Due to domestic politics, it is necessary for them to bring China under pressure.

It is in this context that I think he has talked about a new organization. For example, for G7, he said that this organization has become unusable now. You will remember that the meetings of the G-7 countries have been held so far, the pictures that have come out of them are not pictures showing friendship. Therefore, he is talking about including other countries including India.

It has become very necessary for them to isolate China. He has promised to withdraw his troops from Afghanistan, a very sensitive matter for his domestic politics. For this, they have left the government of Afghanistan and joined hands with Pakistan and Taliban. Since India is needed to keep China under pressure, he is talking of making the G-7 a G-10 or a G-11 in order to balance relations and bring India back to his feet.

As far as the WHO is concerned, breaking the US relationship will certainly cause some economic difficulties, but it will continue to do its job. Secondly, it is dominated by the American pharmaceutical lobby. I think this lobby will put pressure on the US government to reestablish a relationship with the WHO, otherwise the pharmaceutical or vaccine lobbies of other countries will dominate, which will not be in the US interest. Meanwhile, the WHO has been chaired by India for a year, so he also wants to keep India in his court, so that he can help India to put pressure on China within the WHO and stay outside the pressure on the WHO and China Create.

In this way, in the new world order that is being created, India will have to take steps carefully in view of its interests. Since it has been India's policy that it cannot become the hanger of a country, India will have to see what its economic and strategic interests are. The second round of Kovid-19 has started in many countries. We have increasing cases here, but our situation has been better than other countries.

Although it is too early to say anything, but there can be better prospects for India in the new world order. Our cultural values ​​have been such that nature is taken care of. Disease immunity is also enhanced through Ayurveda, Yoga, and other medical methods. After the crisis of Corona is over, we can use them in advancing our economy.