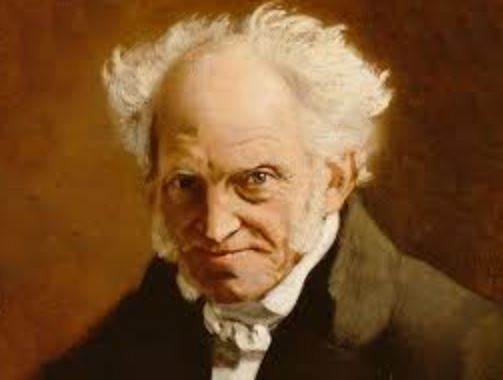 Arthur Schopenhauer is one of the most celebrated and controversial philosophers of all time this world has seen. Even his own supporters often doubt his own sayings and even his own haters love some of his championed elements.

Throughout the world almost every living person on the planet will witness suffering at least once in a life time. Suffering as we know it is defined as the pain we experience due to an injury, medical malpractice or even disruptions in one’s family life and etc. Although we endure suffering, do we constantly suffer?

According to the German Philosopher, Arthur Schopenhauer who proposed that life is “full of suffering” and that this suffering is directly caused by the will of the individual.

Schopenhauer proposed his pessimistic view on an individual’s condition in this world by stating that life is filled with suffering, and that this suffering that we experience is directly caused by our will. We know Life tends to want, and because its wants are regularly unfulfilled, it largely exists unfulfilled and in a state of deprivation. By the wanting or expecting something, an individual is setting himself up to suffer until that objective is met.

Then, upon fulfillment of the desire, a new aim is set forth, and thus the cycle of suffering begins again. When Schopenhauer says that all life is suffering he means everything that lives and strives, is filled with suffering, he puts it as “It is absurd to look upon the enormous amount of pain that abounds everywhere in the world.”

Schopenhauer claimed that more intense the willing, the more intense will be the suffering. So, now, the problem here is how to diminish the capability of one’s willing such that we may get a relief from suffering? Schopenhauer answer is actually a very simple one, although according to me not, by any means, easy to accomplish. The answer is- being capable of denying what will wants. This practice is called Aestheticism or self-denial and, according to Schopenhauer, is the one adequate solution to the central life problem.

The question, really is do we suffer all the time? I would go on to disagree with this argument. Even if we do suffer, between periods of suffering, there is concise happiness as wants are fulfilled. Schopenhauer claims that this pleasure can never be more than liberation from pain, further suggesting that humans only experience happiness through the memory of suffering and pain. This view is opposite to the modern view of suffering and happiness. We don’t necessarily experience happiness from suffering as a memory. If for example I have bad memories of being bullied in school, I would not attain pleasure by remembering those memories and therefore I find this argument unsound.

Life to some extent has suffering, this fact is unavoidable. However, by realizing this, and by focusing on the positives, human beings can lead reasonably enjoyable lives. Therefore, an individual should do exactly the opposite of what Schopenhauer suggests, and experience each emotion, good or bad, as fully as possible.

If we are to consider the roles played by both the ordinary perception and aesthetic state, it seems that it is actually desirable that things are as they are. That is, we need to recognise that our suffering serves a great good and that is the promotion of our own survival. I find Schopenhauer to be mistaken; we do not always suffer, as there are little things that make life joyous.

Schopenhauer Aesthetic system according to me is a completely feeble. Even if it were possible to forget and give up all of our will, why would we ever do such a thing? I understand that our will at times is totally pointless and at times a lot of desires arise, and we are only capable of fulfilling some or none of them, but this does not mean we should practice aesthetics.

It would be fair for me to say that I totally find Schopenhauer’s ideology of life being filled with suffering invalid. However, I do find his argument on animals living a better life than human to be somewhat valid. The idea of aestheticism for combating suffering according to me is also not valid.

I have tried to show that his conception of the will was mistaken on the grounds that he failed to properly appreciate the great good that our will actualities: our survival.

Overall I believe that life is good, it has its up’s and down’s which Schopenhauer failed to realize. However one should live to the fullest and enjoy every single moment in life before we leave this world for good.