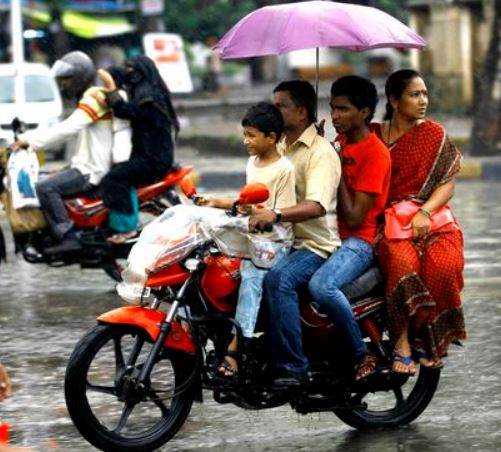 Civic Sense Apathy Which The Indians Are Facing

Civic sense, or rather the lack of it, is a topic that has been widely discussed and argued in India. Somehow, most Indians do not care much for civic sense. And this attitude is prevalent across all sections of society. People today are so driven towards their personal goals that civic sense as an ethic has become a low priority, almost a nuisance.

But this attitude could be harmful for India in the long run. Civic sense has dropped to an all-time low in recent years, as is rather obvious from the current state of society. Let's see what people and specifically parents can do to curb this downswing.

Civic sense is nothing but social ethics. It is consideration by the people for the unspoken norms of society. A lot of people assume that civic sense is just about keeping the roads, streets and public property clean. But civic sense is more than that; it has to do with law-abiding, respect for fellow men and maintaining decorum in public places. A lot of foreign countries function in a smooth manner because of the strong civic sense amongst its people.

With the exception of a couple of lessons in school, not a lot of attention is given to civic behavior. Schools and homes do not teach their children about the importance of civic sense and how it could make a difference to the country as well as the quality of their lives.

Separatism, vandalism, intolerance, racism, road rage etc. are all examples of lack of civic sense. People are becoming less and less tolerant of each other, of other's cultures, backgrounds, and other similar traits. India has really diverse people and the need of the hour is general civic sense. It is not uncommon to read or hear about communal friction. Even living in the city has become difficult because people have no consideration whatsoever for fellow city-dwellers.

When civic sense is absent in a society, it leads to a lot of problems. Disregard for the law is a primary cause for lacking civic sense. A person who has high civic values does not resort to shortcuts and unethical tactics to get his work done. And being unethical in daily activities does not benefit anyone, as the behavior only gets emulated by other members of society. Ultimately, the situation will reach a point where hardly anything can be done to restore it.

For example, being inconsiderate towards fellow society members will only come right back at you. You have to be social, mature and unbiased when it comes to situations in public. The current state of public transport, for example, is disheartening. And we have no one to blame but ourselves for this condition.

When you teach your child about civic sense, you also teach him about civic responsibility. Children need to be taught civic sense early because unlike a specific skill, civic sense is a school of thought in itself. It is belief in hygiene, respect for other members of society, and humane behavior.