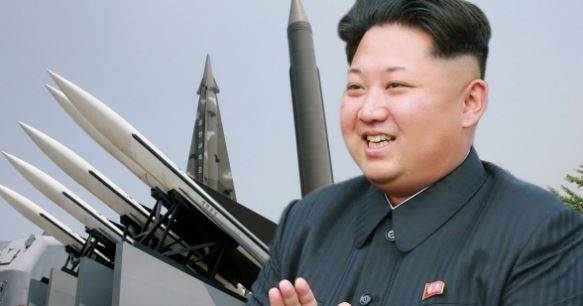 North Korea's eccentric dictator Kim Jong has again presented the face of his of a foolish dictatorship. In this winter season, he openly threatened to present the future of new weapons, as if tomorrow he will end this world. Why is there so much hate for America and the non-communist world in Kim's heart? He is the person who got his uncle killed and got into a fight directly with US President Donald Trump.

In a country like North Korea where people do not have the freedom to speak, where opposition to the government is prohibited, then the head of that country can only be a destructor whose end is ever near. This Korean dictator is fighting with America as if they can win but everyone they will be destroyed. Kim Jong is leading his country on the path of destruction.

On one hand, he has so much mineral material beneath his country's crust layer, so that he can directly make the people who are craving food for 2 times to simply rich so that they can improve their standard of living.

But not! Whimsical dictator Kim Jong is like his ancestors who hear only the bugle of war, due to which his country also got separated from the Korea Peninsula and became North Korea and divided the whole of Korea into two parts - North Korea and South Korea.

Does Kim Jong Un understand that it is necessary for him to make similar threats to the west powers because his country is now supported entirely by China?

Kim Jong pretended to be a peace-loving leader in front of the world and met US President Donald Trump at a high-profile meeting in Singapore. Even then there was all-round pressure on him, due to which he had to held talks.

Kim Jong will not learn and improve himself because he is a communist who believes only in thinking of war and destruction as he believes in ruining the other and making himself powerful and expansionist. Until this crazy dictator is taught a lesson, nothing is possible to stop its violent and destructive actions.

Due to his irritated and angry attitude, Nuclear Talks with the US are on hold for now and also the US-South Korea's shared military drill is the reason for which he is now doing a cheap trick to threaten America.

Kim Jong Un you will not improve and no one should expect or feel that you have changed because to pretend and lie is in the blood of the communists, their black history says it all. For now, only God knows what Kim Jong Un will do next!