Sanitation is in the top priority in Kumbh Mela 2019, as it is very evident with the facilities provided by the government in the Mela area. The government took every precaution and made the facilities for the pilgrims to stop open defecation in the mela area. For this government has installed about 1.22 lakhs of the toilet in the Mela area to avoid the scenes of open defecation and maintain the hygiene level. To make sure the cleaning of these toilets the government has appointed about 20,000 sanitation workers. In which half were hired by the Health Department and the rest through the outsourced vendor. Each worker works for an eight-hour shift to keep the area and toilets clean.

All these workers are doing there bit to make the area clean for each visiting pilgrim. But the reality is quite different after so much effort by the government and the sanitation worker, still, many people can be seen with having a bottle of water in hand and promoting open defecation. So, much of arrangement of toilets by the government seems less for them. Or, it is just a stubborn behavior that they don’t want to change and letting all the facilities go in vain. 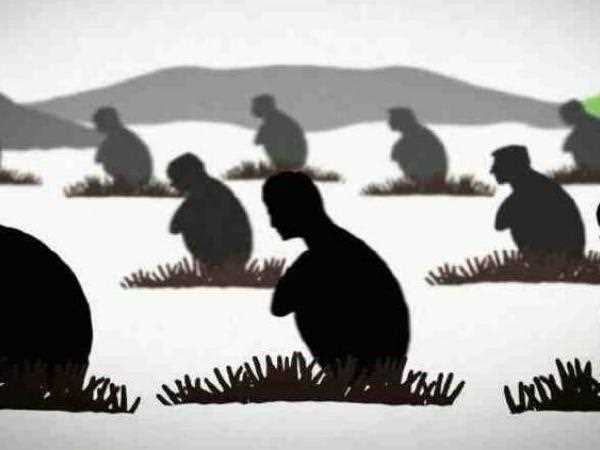 Not only the government, but there also are many other people in the mela area who are promoting the concept of cleanliness and opt for eco-toilets instead of open defecation. A ‘Stanford University’ Graduate became Sadhvi after visiting India in 1996, and she took the name of ‘Sadhvi Bhagwati Saraswati’. In the ongoing Kumbh Mela, she praised the State Government’s preparation at Kumbh and even promoting sanitation and hygiene in Kumbh Mela through the ‘Toilet Cafeteria’. She organized her akhara in a unique way and encouraging devotees to use toilets. She organized her cafe in such a way by replacing the normal chairs with Commode (English Toilets) style chairs. 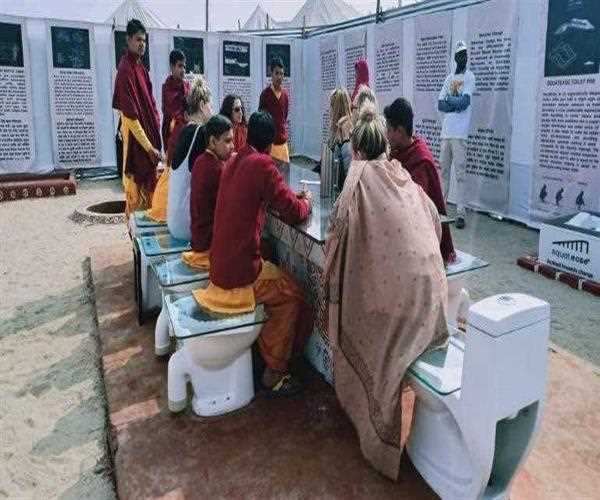 The Sadhavi is spreading an awareness message among all the visitors to use toilets and avoid scenes of open defecation. Still, we can see a number of people standing on the road and urinating openly. Why we are not realizing our duties and making our city clean? It is the high time to realize our responsibilities and duties towards the society and the environment. It is utter nonsense to always blame the government for the services until we didn’t realize our responsibilities towards society. No one can change us unless we didn’t want to change. So, accept the change for good and make your city and surrounding clean.

Health and Hygiene don’t only involve using toilets and avoid open defecation, but also, the litters, spitting pan-masala, garbage waste, all these came under the hygiene and health. So, people need to be aware and use the toilets and dustbin for making their purpose meaningful. Don’t just stand here and there to pee, or through garbage anywhere. The government has installed so many toilets, just take a little effort go there and use them likewise use the garbage holder to put into the waste instead of throwing it anywhere. Be responsible and set an example for others as well to adopt these good habits.