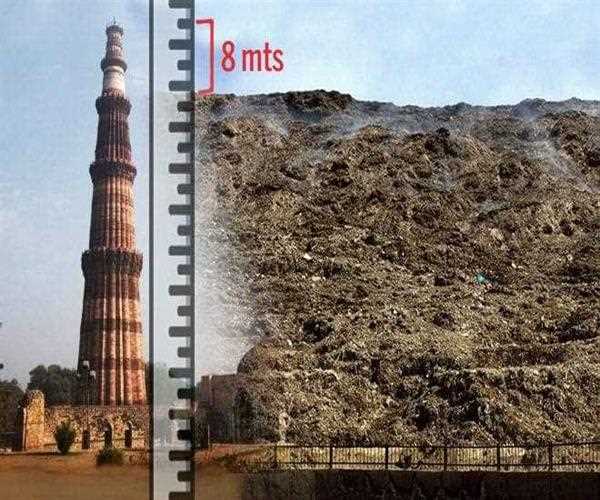 It won’t be a hyperbole if I say; the collection or the production of garbage in dumping ground specifically in Delhi dumping ground will become taller than the beautiful glory of India ‘Taj Mahal’ and 'Qutub Minar'. It is quite ridiculous to compare the piles of garbage with the beauty symbol of India, but it is a fact that in a no time it is going to happen, if the pace of producing waste remains like this. This is not only the problem of a single state, whereas, the situation is achieving a distrust place in all over the country. 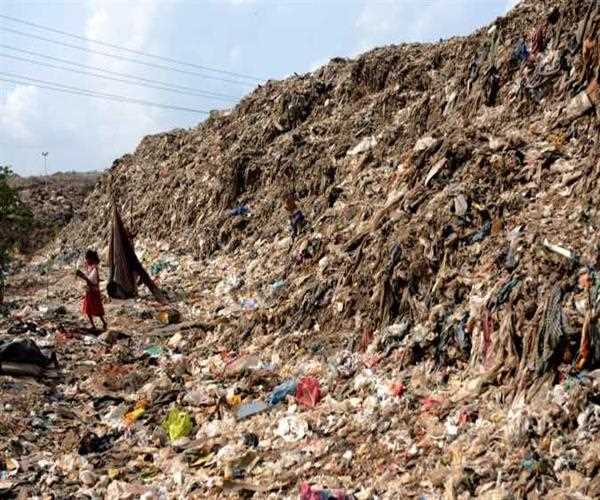 India's tallest rubbish mountain in New Delhi is on rise and will become higher than the Taj Mahal and Qutub Minar by 2020. This heap of garbage is becoming a fetid symbol due to which the United Nation considers it the world's most polluted capital. About 2,000 tonnes of garbage is dumped in the Ghazipur, Delhi landfill yard in every single day. Then, just imagine the total amount of garbage production and collection in the whole country. It is a very worrisome condition of the country, as it causes numerous health problems to people and different types of pollution as well.

These unused things which we used earlier, later they become a matter of concern for health as it produces harmful gasses and pollution. It is not safe to dump waste at any place or just burn it here and there. Burning the waste in dumping ground causes emission of methane gas emanating from the dump, this fire break out very regularly and takes days to extinguish. Usually, it causes suffering from respiratory and stomach ailments caused by polluted air and may also lead to the condition of cancer. 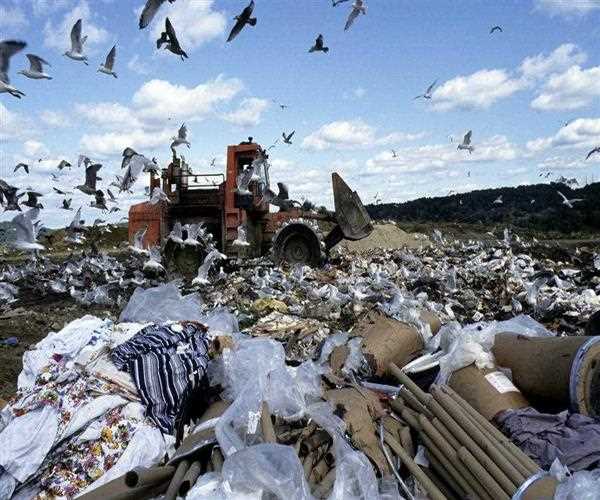 However, the irony of India is that it does not have any strong law over waste segregation and recycling of wastes. Thus, making the dump yards like Ghazipur in Delhi and in other dump yards in various part of country feature that cannot be deleted from the topography. If by the time any such kinds of laws or rules are written, passed and enforced, then it just might become too late for the country and it already is, for Ghazipur dump yard in Delhi.

Due to all these collection and minimization process of garbage in dump yard, produces a serious health issue and disturbs the whole ecosystem. That is why, it is specially said of Delhi, that its air is not fit to breath as it contains 12 times more poisonous particles in air than the United States recommended level. 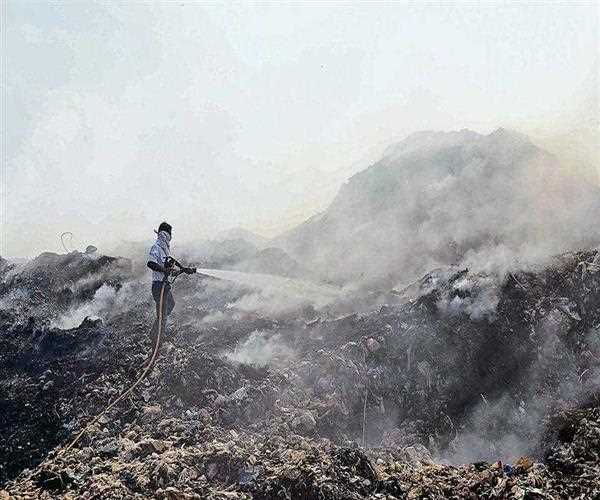 To fight with the problem of garbage collection, people need to be aware first, and then only the authorities can help and guide the situation. Finding another landfill for dumping waste is not the solution, the quantity of waste minimization could be the better solution for the whole country. As, in school, we all have read that, reduce, reuse, and recycle your waste. Now, it’s high time to apply this teachings and learning in our daily life and for the betterment of our future.